DALTON — The Warriors had a full week to stew over their home loss in the semifinals of the Western Massachusetts tournament, before opening up MIAA State tournament play Saturday afternoon.

And No. 9 Wahconah wasn’t going to let another school come into their gym and leave happy.

Eight days after that five-set loss to Belchertown, the Warriors righted their ship and made quick work in dispatching No. 24 East Bridgewater in three sets.

Wahconah setter Jennah Bird bumps the ball up to a teammate. 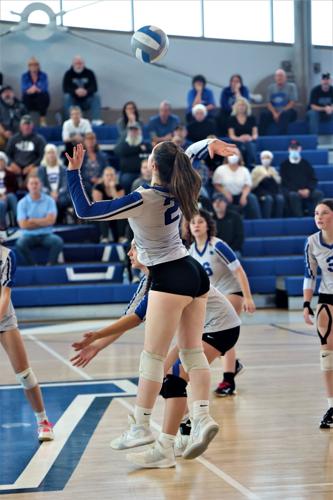 Wahconah’s Ava Rose rises up for a spike against East Bridgewater. 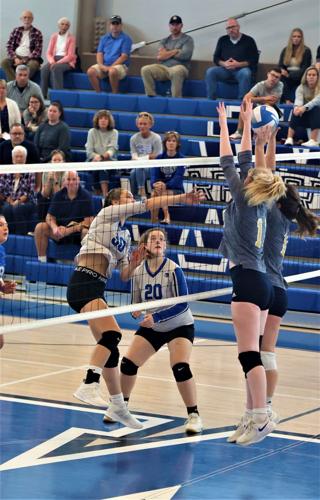 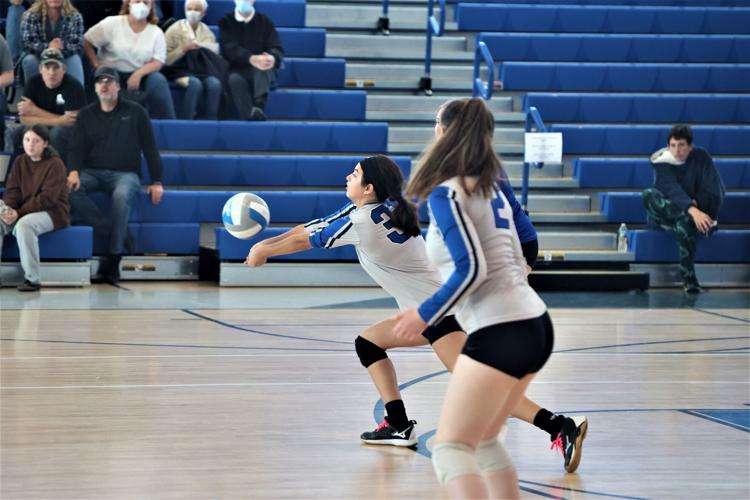 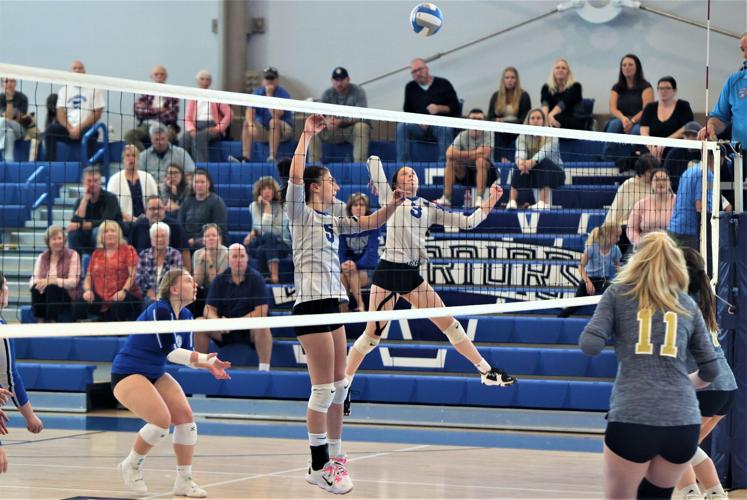 Wahconah’s Hannah Friedman goes up for a spike. 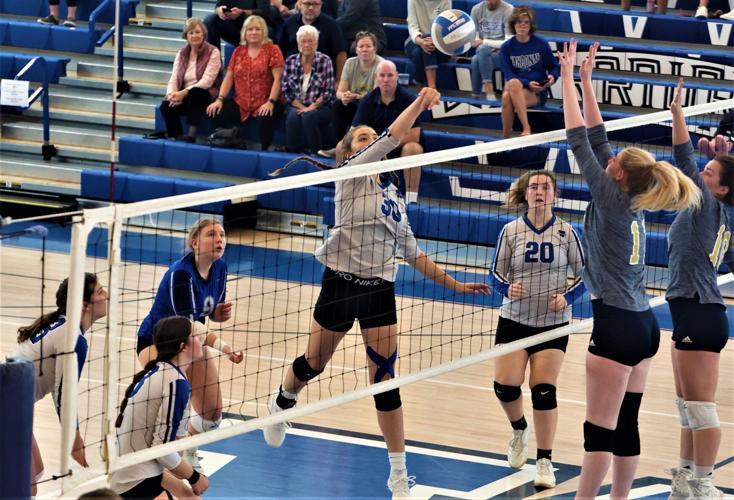 Wahconah’s McKenzie Labier swats a ball at the middle of the net against East Bridgewater. 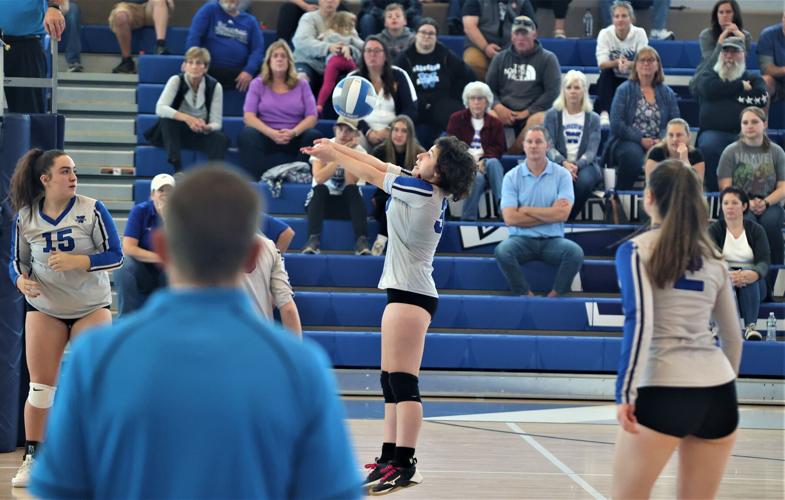 Wahconah setter Jennah Bird bumps the ball up to a teammate.

Wahconah’s Ava Rose rises up for a spike against East Bridgewater.

Wahconah’s Hannah Friedman goes up for a spike.

Wahconah’s McKenzie Labier swats a ball at the middle of the net against East Bridgewater.


Wahconah’s Ava Rose rises up for a spike against East Bridgewater.

The Warriors won 25-18, 25-18, 25-19 to advance into the MIAA Division IV Sweet 16. Next up will be a road trip to No. 8 Medway on Monday after Medway bounced Monument Mountain Saturday morning.

“I feel like that was a big loss, for sure,” said senior hitter McKenzie Labier. “But, overall we just knew we needed to bring it. We have as much season left as we want to have. None of us want to stop playing. This week, lot of leg work, lot of time and lot of focus.

“Came together and pulled it off.”

Labier came out of the gates thumping, with three kills in the Warriors’ first five points of the match. East Bridgewater hung around for a stretch and the opening set was tied 9-9, before a Katelyn McCormack ace keyed an 8-2 run that also featured two kills from Hannah Friedman and made the score 17-11. The Vikings caled time out after Eva Jacinto found the back line on a hit to make it 23-17, but it didn’t slow the Warriors. Labier blocked the next hit by East Bridgewater, and off the visitors’ serve, Sasha Fyfe received up to Jennah Bird, and Jacinto leveled the set-point.

Labier had two more kills and a combo block with Friedman to go up 3-0 to start the second set.

“I was just kind of feeling it, back in my groove finally,” said the captain who finished with 12 kills and five blocks. “Every time we made a mistake or there was a call we didn’t like, we moved to the next point. Kept playing, kept focusing on the next one. It’s easy to get stuck.”

That adversity came when East Bridgewater reeled off a 6-0 run to knot the second set at 12-12, but a pair of service errors by the Vikings gave Wahconah a second to breathe.

Casey Wilson set up Olivia Mason for two of her three quick kills and Wahconah exited a Vikings timeout to go back up 18-14. Another timeout stopped play after an ace by Fyfe put the Vikings in a 23-18 hole. Wilson and Labier connected on a boomer and the Warriors were on their way to a two-set lead.

Wahconah trailed once in the third set, 1-0. But successive kills from senior Ava Rose made it 8-4 Warriors and the hosts went about slamming the door. McCormack dropped in three straight aces — she had six on the day — to make it 17-8, and Eve Colombari came off the bench for a string of four more service points with an ace.

It’s a sweep.Wahconah rolls through East Bridgewater in three sets. McCormack finds open floor for the 25-19 clincher.Warriors on to MIAA State Sweet 16. pic.twitter.com/r9sDYFWfgb

Match point was set up by Lily Stasiowski and hammered to open floor by McCormack.

“Wahconah had a great match in the first round of the state tournament, shaking off their last match vs. Belchertown,” wrote head coach Dave Lussier. “Wahconah had a very balanced attack with kills coming from Labier, Olivia Mason, Ava Rose and Eva Jacinto.”