“Can I get a tiger into the US?” is Yohanes Zewdu’s latest request from a demanding footballer.

After a chance phone call from Samir Nasri fifteen years ago, Zewdu embarked on a career providing luxury travel and concierge services to football’s biggest stars through the company he founded, Kloudout. The last few months have been the busiest time of the year.

His company deals in private jets, luxury hotels, yachts, nightclubs, fancy restaurants. It is a lifestyle that he admits is available to very few.

While his base is in Dubai, Zewdu spends his summer travelling around the world on private jets and luxury yachts, bouncing between clients to plan their summer holidays.


The fountains outside the Bellagio hotel (Photo: David Becker/Getty Images)

When Manchester City forward Jack Grealish enjoys Vegas or Real Madrid striker Karim Benzema struts through Los Angeles, they arrive in private jets and stay in the most exclusive hotel suites in the city. While they will not be seen on the videos on your social media feed, luxury travel specialists accompany your favourite footballer during their holiday from arrival to departure.

When The Athletic met Zewdu, he was in a hotel suite while his clients were asleep in another room after a night of partying in Sin City.

As he started speaking on Zoom call, he claims a baby tiger walked into the room. “What’s the craziest request you have ever received?” The Athletic asks. “How to get a tiger into America,” he laughs.

“Some of these requests are so crazy that I could not even mention them. This summer, I had one where we went to Ibiza, and the guy looked at the villa I found and said, ‘Eh, I don’t like this villa’,” says Zewdu.

“‘Get me a villa in Mykonos, and we can go to Mykonos right now’. Within thirty minutes, I had to find a villa in Mykonos, sort out a jet and make it happen. The demand is unreal, but with the experience that I have and the network I have, I can provide that service. That’s why they’re willing to come back.”

Before he was exposed to the glitz and glamour of staying at the most luxurious hotels in Europe and America’s most in-demand party hotspots, Zewdu came from humble beginnings. He grew up in a small house with his mother and grandmother in Addis Ababa, the capital city of Ethiopia, while his father was studying in Russia. Though he and his family had little, he fondly recalls his childhood in his home country, notably playing football barefoot outside with his friends.

“My father had the opportunity to come to the States. America has this thing called ‘DV’ (The Diversity Visa Program), which is like a lottery they hand out to educated people in countries like Ethiopia. My dad filled it out, and he won, allowing me to come to the States at about nine or 10.

“We landed at Los Angeles airport and drove to our new house in Vegas. I remember driving through and seeing all the cars on the freeway, which was unreal. A complete culture shock. I did not speak English at all, and it was difficult to adapt, but one thing I had in common with the other kids was my love of sport.”

Though knee surgery killed his childhood dream of becoming a professional footballer, he paid for his college education by working as a valet at the Bellagio hotel in Las Vegas. During this time, he got his first taste of networking with stars, frequently coming into contact with A-Listers including Floyd Mayweather, Tiger Woods, Michael Jordan and film star Leonardo Di Caprio. He attributes the hotel environment to earning his first break in the industry.

“So one day, a French guy came into the Bellagio. It turns out he is now a movie star, but at the time, he was just a regular guy. I noticed he was French, so I thought it would be funny to say ‘bonjour’ to him. He then started speaking to me in French, which was funny because I don’t speak French!

“After we laughed, I told him my favourite player was Franck Ribery, and he was excited because they are good friends. He pulled out his phone, showed me videos of them together, and told me the next time he was in Vegas, he’d bring me a signed shirt. I said thank you, but it’s Vegas, and people always talk, and nothing happens. I didn’t believe it.

“A year later, this guy came to Vegas looking for me, and I was in a different place. He found me and handed me a signed jersey. It changed my life because it showed me the value of saying something and delivering.”

A few weeks later — now working at a different hotel in the city — he was sitting at home with his mother watching Oprah when his phone started ringing from an unknown number. Usually, he would ignore the call.

“I got a call from an unknown number, and a guy said, ‘Hey bro, how are you? This is Nasri. I got your number. Can you help me?

“I took a moment to process it, and my face turned pale. I was shaking and sweating. I’d never had an opportunity like that, and for it to be Samir Nasri, as an Arsenal fan, it was a different feeling.”

The problem was that Zewdu had no idea how to source hospitality for players used to living in luxury. 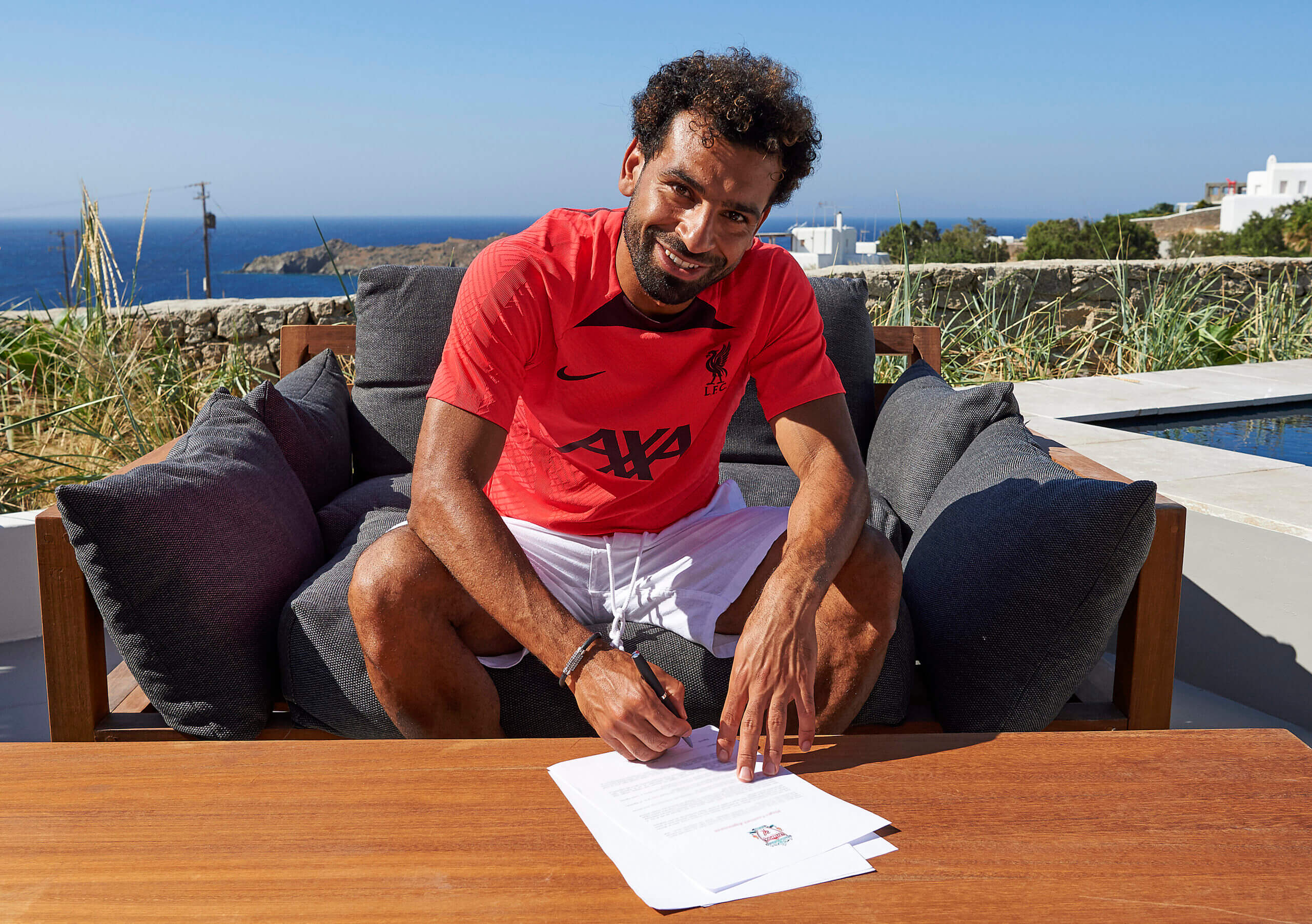 “I hung up the phone and was in total shock. Thankfully I went back to the hotel and spoke to my managers,” Zewdu recalls. “I didn’t understand that side of it at the time, so they helped me get in contact with the concierge team and the other people I needed. He came, I looked after them, and then he passed my number on to another player, which became a domino effect. From there on, I’ve had the opportunity to travel the world.”

That was 15 years ago. It was a world away from ‘influencers’ and people making a living from social media. Due to its growth on Instagram, Kloudout has 10 employees and connections across Europe, the United States, Africa and the Middle East. His company has gone from a limited service focusing on Las Vegas to securing private jets, yachts and exclusive tables in all the most popular party destinations.

“It was not like what it is today. Looking back is so embarrassing, realising the service I used to provide, but it’s different now. It was a shock to see and provide a service for Danny Welbeck or Alex Oxlade-Chamberlain. Now I realise that every new client is a new opportunity. Being with them opens a new portal to other athletes as they naturally want to go where they know their friends and team-mates are.”

Clients can be exact and thorough with their requests, from specific diet plans to in-demand barbers with large social media followings to ensure they look sharp. Others want to drive supercars, a few want to cruise on luxury yachts, while some focus on attending members-only gyms to maintain their fitness. Zewdu ensures he caters for all.

“I engineer and structure their holidays. Some players want the basic things, you know, ‘Can you book this, can you sort that’, but they don’t spend much time with me,” says Zewdu. “The more prominent players and those with the entourages want you to be there because their demands are more serious.

“Athletes change their minds every second. I could be in a different city or country tomorrow. They don’t plan; they just go with their emotions. They ask for a private jet and ask to go to Miami, LA or Vegas. In Europe, they want Barcelona or Mykonos. In the Middle East, maybe it’s Dubai. You must be well connected everywhere.”

The most considerable evolution has been the growth of social media. While it offers him a platform to grow his business in the public eye, it presents privacy challenges. For Zewdu, ensuring his clients know they are safe under his protection is the priority.

European players would rarely use a private jet before the outbreak of the COVID-19 pandemic, but the convenience and improved security benefits mean they have become the most common mode of travel.

While his clients are relaxing with their entourages on the plane, Zewdu plans the rest of their trip to the nth degree, ensuring all safety precautions are taken, and his clients will be satisfied with his service.

“You really don’t have the time to enjoy it. It’s cool to be in a private jet, but while I’m there, I plan the next thing and the thing after that. My mind is always on work while they’re enjoying themselves.

“They want to go to restaurants, and they want to party. A big thing with football players is golf. Loads don’t even know how to play, but they enjoy it anyway. I have to know where all the best golf courses are and whether I can get them in. When I’m in the restaurant, and they’re enjoying themselves, I’m thinking, ‘Ok, what are we going to do next? Where is safe, where is private?’ I am lucky if I get one hour of sleep!”

As football players return to their clubs for pre-season, Zewdu’s focus will turn on the World Cup in Qatar between November 21 and December 18.

With his company based in Dubai, plans are underway to make Kloudout the go-to luxury travel company in the Middle East for football fans arriving from North and South America.

“I have a couple of projects for the World Cup. We want to be the ambassador for the North American and South American fans,” says Zewdu.

“I’ve been to Qatar four times now to do market research. I want to understand the culture and community to ensure we are in a knowledgeable space to be an ambassador for Americans who have never been to this region.

“The culture is different but we want to respect it and have a good time.”