To help quash the U.K.’s latest COVID-19 surge, the British government is presently banning all non-essential international travel as part of England’s lockdown roadmap, although a cautious reopening strategy has been teased for several weeks now.

Today, answering much speculation, U.K. Transport Minister Grant Shapps made an official announcement during a Downing Street press conference, outlining a new “traffic light” system for the resumption of foreign travel, which will take effect on May 17.

Under the new scheme, countries are designated a color status (green, amber or red), based upon a number of key COVID-19 risk factors. The criteria considered include a country’s current infection rates, the percentage of its population that have been vaccinated, the prevalence of concerning variants and the country’s access to reliable scientific data and genomic sequencing, inews reported.

Britons returning home from foreign holidays will face different testing and quarantine requirements, depending upon which countries they’ve visited and their corresponding color levels. The initial list of color-coded countries was also released today, though there weren’t quite as many countries in the “green” tier as the traveling public would prefer.

Just 12 nations made it onto the green list, meaning that travelers coming from those countries to the U.K. won’t be subject to quarantine, but will need to test prior to travel and again on their second day in the country. Passengers from “amber” countries will need to obey tougher restrictions, which include pre-departure testing, a 10-day quarantine and two to three PCR tests following their entry into the U.K. Travelers from “red” countries must undergo 10-day quarantine in a managed quarantine hotel, have a negative pre-travel test and get tested again on the second and eighth days of their stay.

The United States is listed as amber, which wasn’t the news that U.S. travel and tourism industry organizations were hoping for.

U.S. Travel Association President and CEO Roger Dow issued a statement in reaction to this categorization of America by the U.K.: “The U.K.’s decision to put the United States on their amber status for reopening just isn’t backed by the science. Putting the U.S. on amber status ignores the scientific data regarding increasing vaccination rates, lower infection rates and that the U.S. has the right strategies in place to mitigate risk.”

Dow argued that the U.S. ought to increase its dialogue with U.K. leaders to find a reopening solution that benefits both nations, being low-risk, high-reward for both countries economically. He said, “The U.S. economy will lose $262 billion and 1.1 million jobs if its borders remain shut,” with one of its most important international partners.

Gloria Guevera, President & CEO of World Travel & Tourism Council (WTTC), was a little more gracious in her response to the news, but equally concerned about the U.S.’ amber status. “We welcome this first initial step by the U.K. government to begin opening the door to international travel with the announcement of today’s ‘traffic light’ system,” she said. “However, airlines and the wider Travel & Tourism sector will be hugely disappointed that the U.S., which has a similar vaccination success rate, has not been included on the ‘green list’, as it would have enabled the resumption of transatlantic travel, which would have thrown a vital lifeline to the sector in two of the biggest Travel & Tourism markets in the world.” 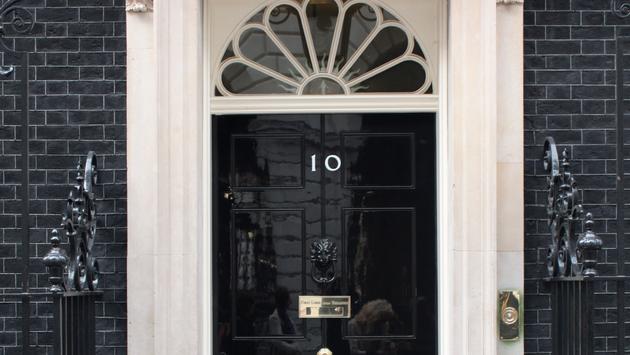 Guevara opined that Britain was doing a disservice, not just to the U.S., but also to its own tourism sector and economy by failing to put America on its green list. “While we understand that protecting public health should be the priority, the U.K. is being too cautious and risks losing its hard-won competitive advantage achieved by the early vaccine rollout by being too slow to allow the significant resumption of international travel.

She added, “After suffering the biggest fall in contribution towards GDP from Travel & Tourism of the 10 most important global markets—by a staggering 62.5 percent—the U.K. can ill-afford to be this cautious.”