As international travel and cruising slowly re-enter the realm of normal, a wide world of river cruises awaits—and one country inviting exploration by water is Portugal.

In the years before the pandemic, Viking River Cruises unveiled the Helgrim, one of its baby Longships built to traverse Portugal’s Douro River and navigate its five narrow locks within a 10-day River of Gold itinerary. These 262-foot ships are more intimate than Viking’s famed Longships, with 53 staterooms that accommodate just 106 guests. The rooftop pool is a highlight, as is the Aquavit Terrace on the ship’s bow that makes for a convivial alfresco gathering place. A 36-person crew creates a luxury experience with attentive service, informative guides, and enhanced amenities. 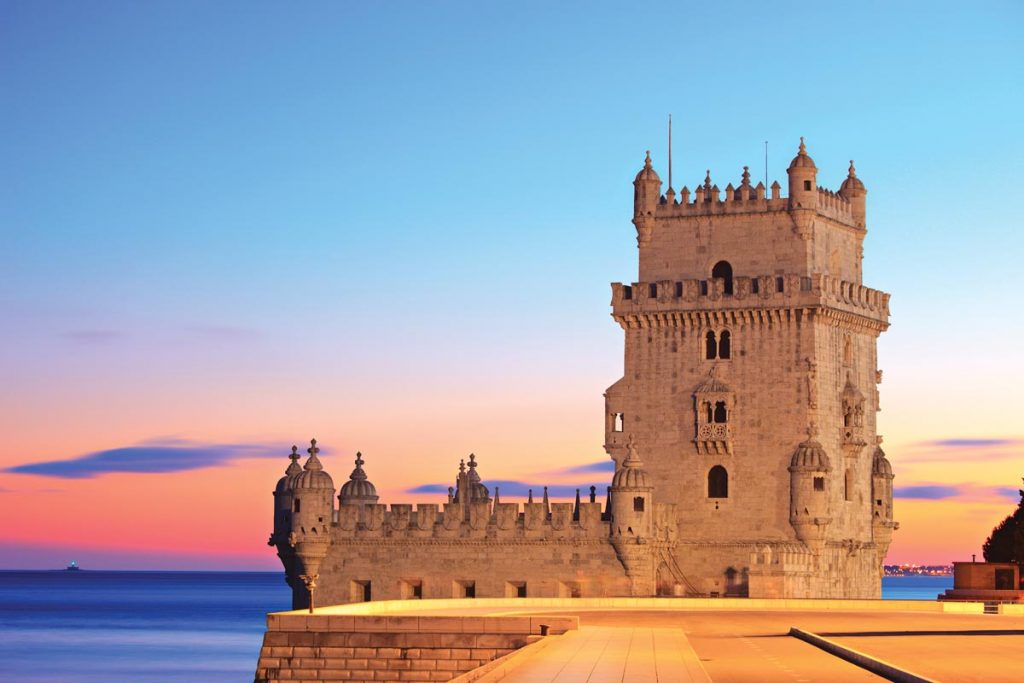 The Tower of Belém in Lisbon.

Viking’s promise to be “the thinking person’s cruise” is in full effect on its River of Gold vacation, which starts with two full days in Lisbon. Guests will see the Tower of Belém and enjoy guided tours of the Jerónimos Monastery and the Maritime Museum, where Portugal’s powerful trade history is brought to life with original Indian spices, maps, navigation tools, sunken treasure, and intricately carved royal ships. Walking tours also venture deep into colorful neighborhoods, with stops at tucked-away restaurants for local fare and ever-present Port wine.

Lisbon is one of Europe’s most elegant metropolises. Its inlaid stone sidewalks, hand-painted building tiles, and yellow cable cars that climb its eight steep hills create a romantic ambience rarely expressed in capital cities. The second weekend of every month—as well as the fourth weekend from May to October—artisans, cobblers, and antiques dealers ply their trades under a canopy of trees on Avenida de Liberdade, the city’s main street directly outside the Tivoli hotel. 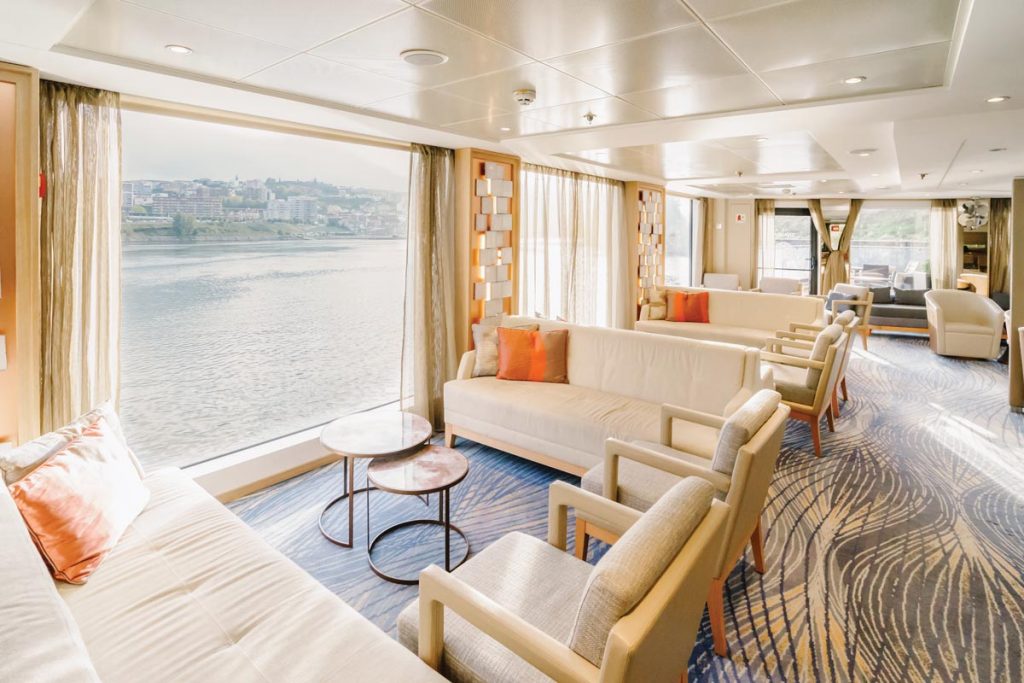 A view of the Douro River from the ship’s lounge. Photo courtesy Viking River Cruises

After your time in Lisbon, you’ll travel to Porto, Portugal’s second largest city and the birthplace of the country’s signature wine. This is also where you’ll officially board the ship at the dock at Vila Nova de Gaia. Here—and daily—Viking passengers must make difficult choices about tours, as each is carefully selected to appeal to outdoor enthusiasts, historians, gastronomes, and curious travelers. Those who embark on the roughly 3.5-mile Porto City Hike will come across medieval streets originally settled by the Romans, stone homes and restaurants built in the seventeenth century, and the Church of Saint Francis with its magnificently gilded interiors.

History, food, and Port dominate this Douro Valley sojourn, the only region in the world
in which Port wine is made. Apple, orange, almond, and olive groves decorate the hillsides, and the scent of vineyards and Port cellars permeates the air. Grape harvests run from September 15 to October 15, when travelers can visit grand estates and participate in picking, stomping, and fermenting. 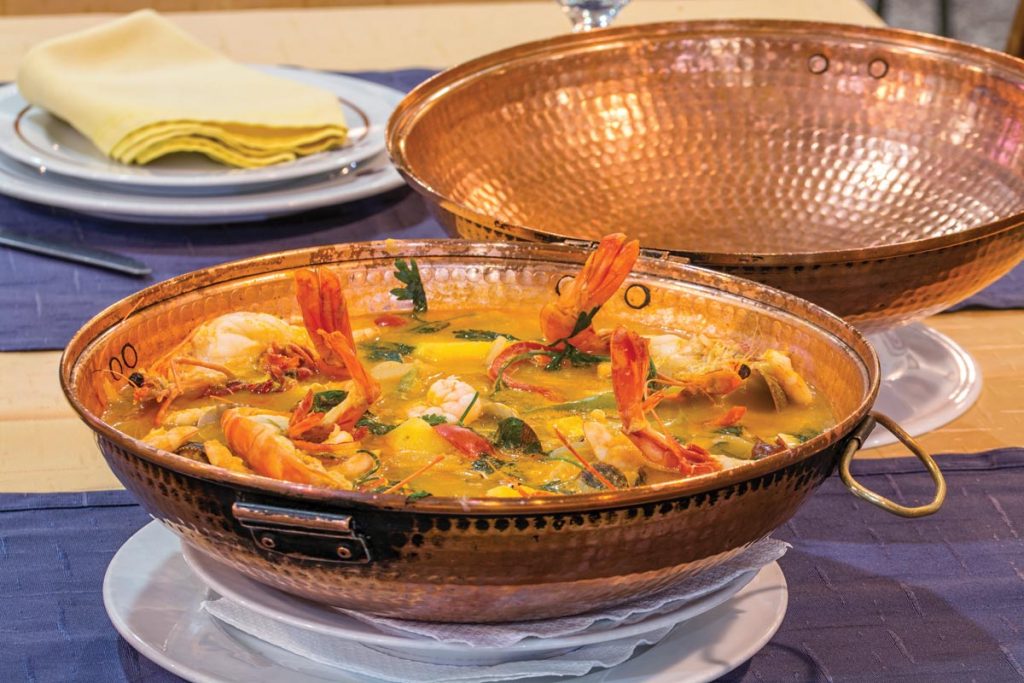 Outside of the harvest season, Viking guests can instead head to a nineteenth-century estate to partake in a private Port-blending class. Warning: Math is involved. A local sommelier sets up a tabletop lab within the family villa, where you will create a 750-milliliter bottle of Tawny Port by blending just the right amount of 5-, 10-, and 20-year Ports. As you mix, a memorable science project unfolds, with the serenade of a fountain, the aromas of bougainvillea, and the backdrop of gardens, vineyards, and stone steps setting a fairy tale scene.

Cultural immersion is at the forefront of any Viking river cruise, and one of the most extraordinary tours offered to passengers is in Favaios. An excursion to this tiny village is available on the Pinhão leg of the cruise and includes a breadmaking demonstration, with bakers making their loaves in ovens heated with wood and grapevines. You’ll also visit the Bread and Wine Museum and have lunch at the Quinta da Avessada wine estate. 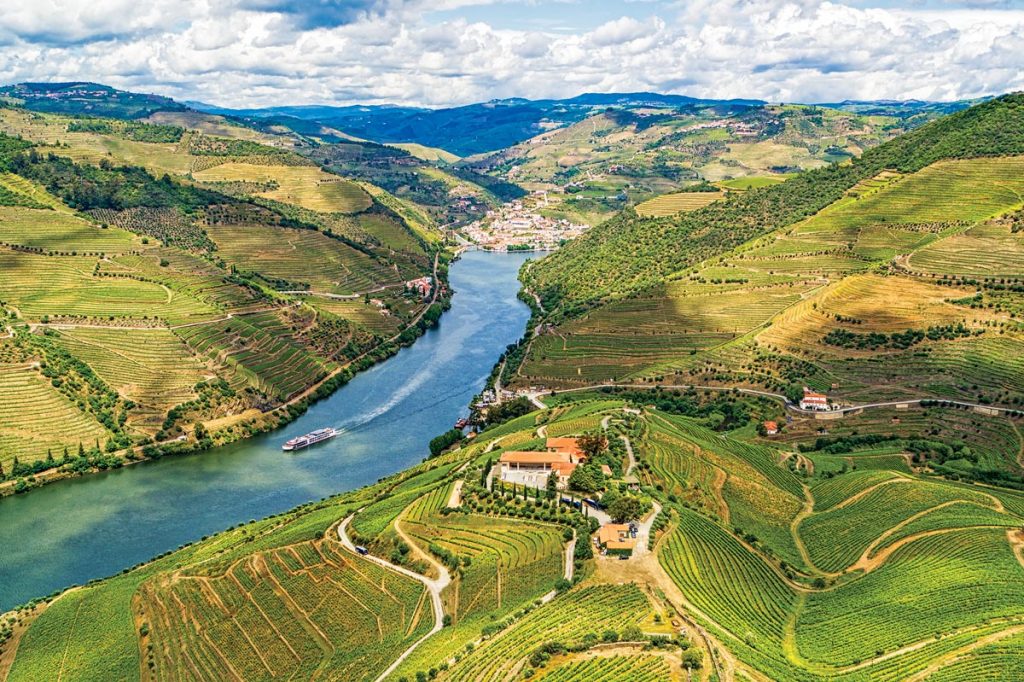 If it sounds like you’re on the move with this trip, you are. Although nearly every guest room has a balcony from which to watch Portugal’s rolling hills, verdant vineyards, and grand estates glide by, only one day is reserved for scenic river cruising.  The country’s law dictates that no ships can ply the Douro at night, thus the Helgrim and others dock every evening in another sleepy town. Late-dusk strolls through quiet hamlets lead to sunset views, hauntingly beautiful abandoned train stations, and unexpected invitations from locals hollering from tiny bodegas.

Back on board, regional tasting menus accompany classic culinary offerings. Diners can expect dishes such as a traditional Portuguese seafood stew known as cataplana, the famed jamón Ibérico, and desserts like pastel de nata, an egg custard tart. Service is on par with any Michelin-star restaurant, and open seating allows guests to change up dinner partners. Nightly sommelier recommendations include a revolving selection of the region’s best wines—with Port flowing freely and crew, guests, and local performers engaging in the evening’s entertainment. 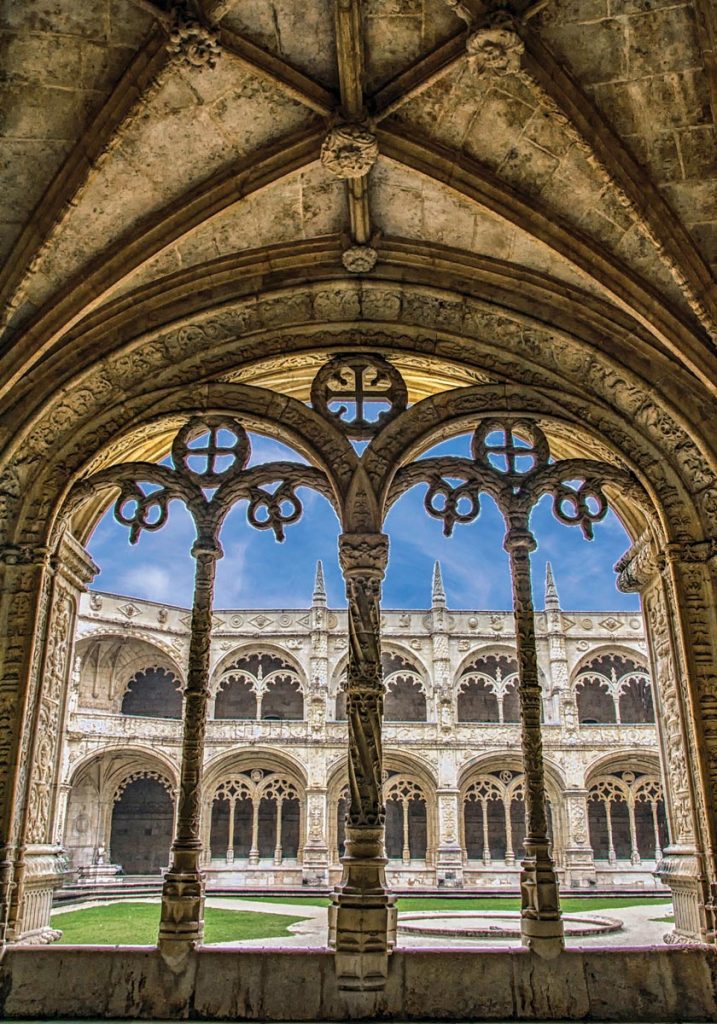 The Jerónimos Monastery in Lisbon.

While the pandemic has made traveling abroad and by boat somewhat unpredictable, Viking River Cruises has taken precautions to help ensure the safety and health of its passengers and crew, including COVID vaccination requirements, noninvasive saliva PCR tests, new air purification technology, and complimentary PCR testing before outbound flights, if needed. Before your cruise, visit Viking’s website for the most up-to-date protocols.

Travel has undeniably changed, but small-ship cruising within a bubble of luxury and safety checks grants more personalization and bigger adventures. And this is one trip to put on your bucket list for sure.