US authorities have received more than 3,000 reports of unruly airplane passengers this year, with most infractions about face masks, the Federal Aviation Administration (FAA) said.

There are up to 2,300 reports of passengers who refused to comply with the federal requirement to wear face masks on planes.

The mandate also includes public transport such as buses.

A crackdown on misbehaving passengers has revealed more than 3,000 incidents on planes. (Nine)

The pilot was forced to issue an urgent request for “all able-bodied men to (come to) the front of the plane for an emergency”.

The off-duty flight attendant — allegedly wearing a helmet and elbow pads — was subdued.

Events that have disrupted global travel

The sharp surge in misbehaviour prompted FAA Administrator Steve Dickson to launch a zero-tolerance policy against unruly passengers in January. 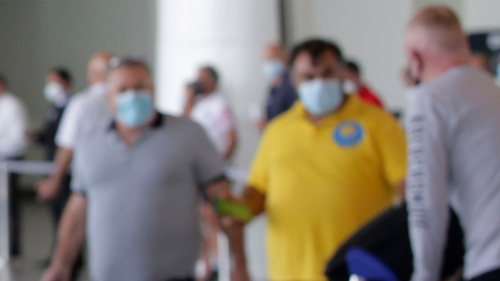 Note, file picture: Passengers refusing to comply with mask mandates has lead to an increase in reports. (AP)

Since then, officials have been tracking the number of reported instances of misbehaving passengers, which they haven’t done before.

Mr Dickson told CNN in an interview last month he is “concerned” about the increase in unruly passengers and the safety risk the problem poses to flights.

“The aviation system that we have in the United States is the safest form of travel in human history,” he said.

“That’s what this zero-tolerance policy is all about – to make sure that we get this situation under control.” 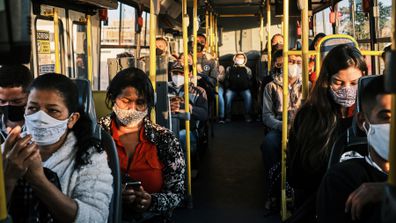