Dubbed The Tron, Hamilton is a vibrant city with countless experiences to uncover. From adventurous activities and epic eats to natural wonders and zen retreats, there’s something for locals and visitors alike.

Strap in for our round-up of all the best things to do in Hamilton.

Travel The World At The Hamilton Gardens

Travel through space and time with the likes of the Italian Renaissance Garden, Japanese Garden of Contemplation, Ancient Egyptian Garden, and Modernist Garden. There’s also a ‘fantasy collection’ that includes a charming depiction of Katherine Mansfields’ short story The Garden Party as well as the weird, wonderful—and somewhat creepy—Surrealist Garden.

When hunger strikes, head to the Hamilton Gardens Cafe. The dog-friendly cafe has an alfresco dining area with views across Turtle Lake. If you’re keen on a little romance, pre-order one of their gourmet picnic baskets filled with a variety of sweet and savoury foods. 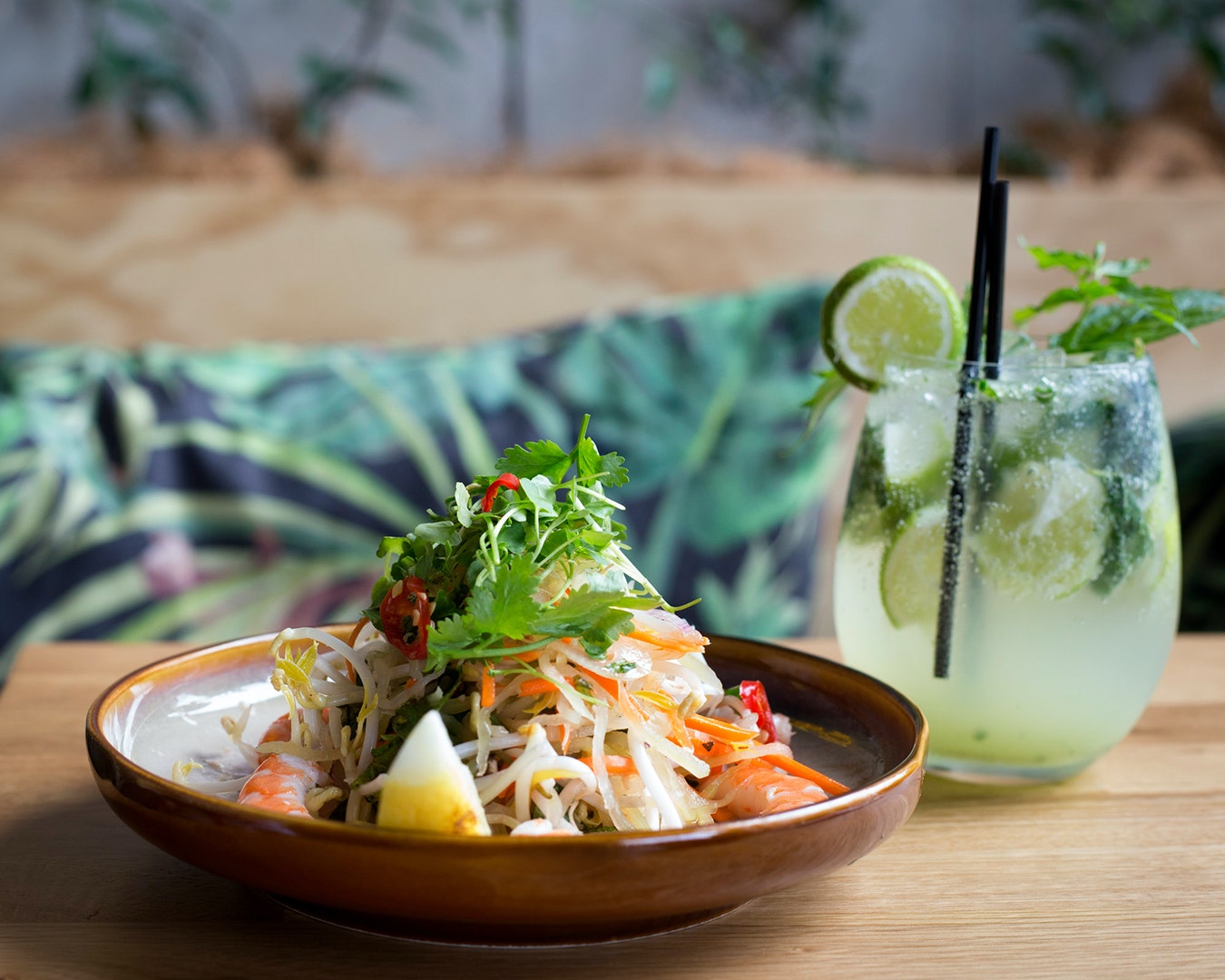 Take Your Taste Buds On A Culinary Adventure

Hamilton might not be top of mind when it comes to foodie cities but don’t write it off! Surrounded by Waikato farmland, the city is within arm’s reach of some of the country’s finest produce. Combine this with some inventive Hamilton chefs and artisans, and you’ve got a whole lot of deliciousness to uncover.

Kickstart a Sunday morning with a wander around the bustling Hamilton Farmers’ Market and stock up on fresh, local produce while sipping on your morning coffee. Speaking of, Hamilton is home to Raglan Roast’s roastery-slash-coffee joint. Their beans are roasted daily to ensure a perfectly extracted coffee. Browse more legit coffee-makers in Hamilton right here. If you need a baked treat to go with said coffee (you do), there’s Volare who are masters in handcrafted sourdough breads, sausage rolls, croissants, and other carb goodness.

Duck Island ice cream was also founded in Hamilton with its Grey Street scoop shop first opening in 2015. Check them out here or at their second—and equally cute—site in Riverbank Lane. After something stronger? Another much-loved Hamilton maker is Good George Brewing. Discover the brewery itself in a transformed church in Frankton.

As for cafes, Cream Eatery and Grey Street Kitchen are ever-popular for their beautiful dishes and decadent sweet treats. Other top contenders can be checked out here. On the other side of the coin, favourite restaurants and bistros include Banh Mi Caphe, Mr. Pickles, Hayes Common, and Madam Woo (co-founder Josh Emett was born in Hamilton). For more inspo have a nosey around the best restaurants and cheap eats in Hamilton. 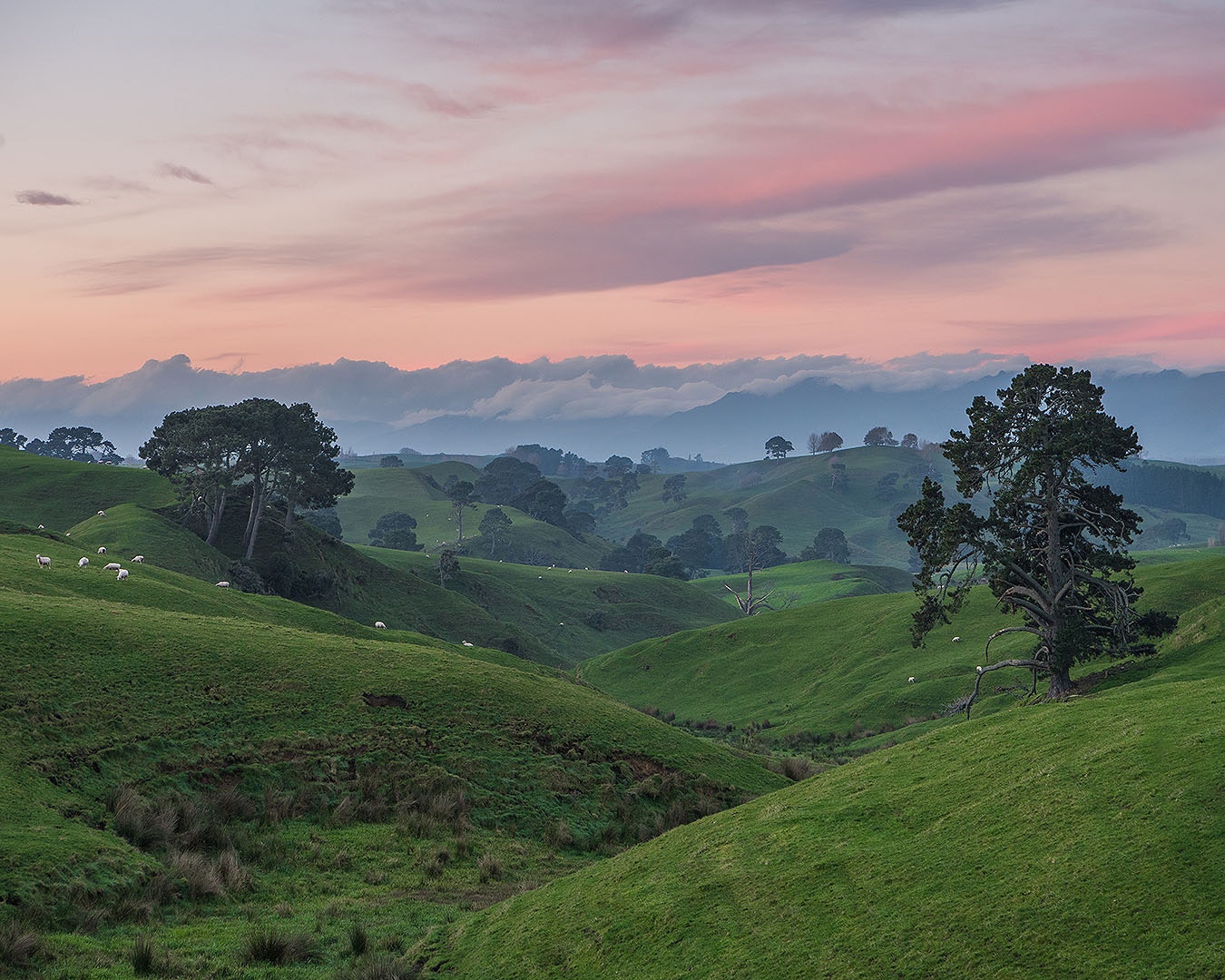 Lace Up Your Walking Shoes

One of the best ways to explore Hamilton and the wider Waikato is by foot. The most famed track is undoubtedly the Waikato River Paths. Along the western side of the river, the path runs from Cobham Bridge to Horotiu bridge—essentially the length of the city. On the eastern side, the path has links to the likes of the Hamilton Gardens and Memorial Park.

Alternatively, Taitua Arboretum also offers a leisurely walk on the outskirts of the city. The enchanting escape boasts a collection of towering trees spread across 20 lush hectares. Wander the network of walking tracks as you discover lakes, woodland gardens, and open pastures home to friendly farm animals.

To get the heart pumping, tackle the ever-popular Hakarimata Summit Track. The Ngāruawāhia walk gives your glutes a hearty workout as you scale the 1349 steps to the summit. The views from the top are worth it though, with 360-degree views of the Waikato Basin and beyond. 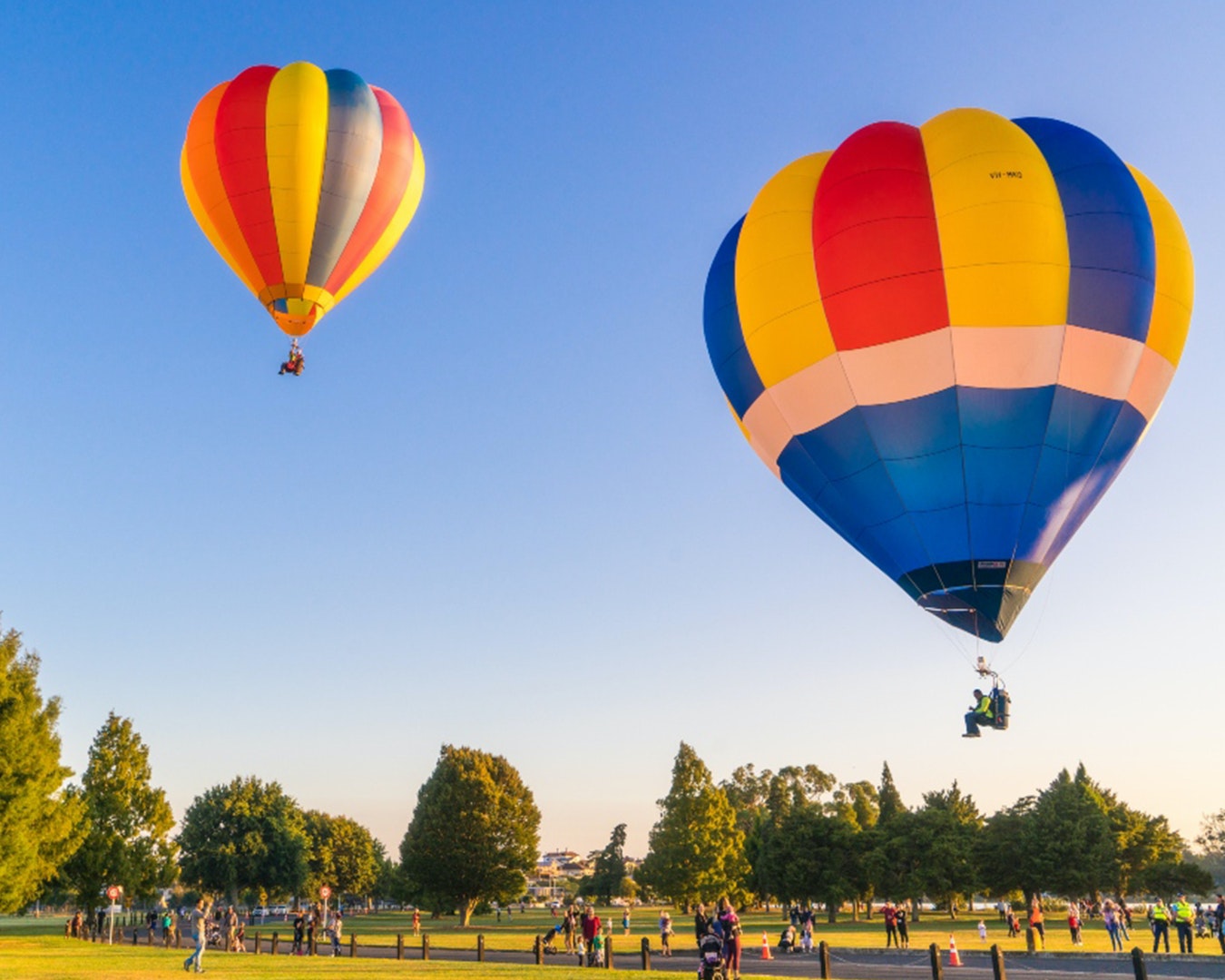 Touch The Sky In A Hot Air Balloon

It wouldn’t be autumn in Hamilton without Balloons Over Waikato. The five-day hot air balloon festival sees the morning skies dotted with colourful balloons and wraps up with the famed Nightglow balloon and firework display. The festival also offers 30-minute balloon rides through Kiwi Balloon Company.

The ballooning company also does longer year-round flights over the Mighty Waikato. The experience begins at dawn as you gently ascend to catch the sunrise from above. You’ll be able to see views of the city, farmland, and the Waikato River. On a clear day, you might be lucky enough to catch a glimpse of Mount Taranaki.

Cyclists are spoilt for choice with an abundance of bike trails in Hamilton and the wider Waikato. Close to home, the Waikato River Paths double as a walkway and cycleway along the banks of the Awa. For a bit more thrill, the Hamilton Mountain Bike Park in Pukete has beginner and advanced tracks surrounded by native tree plantings.

Further afield, there’s the 70km Te Awa River Ride that starts in Ngāruawāhia and ends in Horahora (20km south of Lake Karāpiro). You can hire a bike through River Riders with three conveniently located pick-up and drop-off points along the cycleway (Ngāruawāhia, Hamilton and Cambridge). They’re equipped with standard bikes, e-bikes, and kids’ bikes. 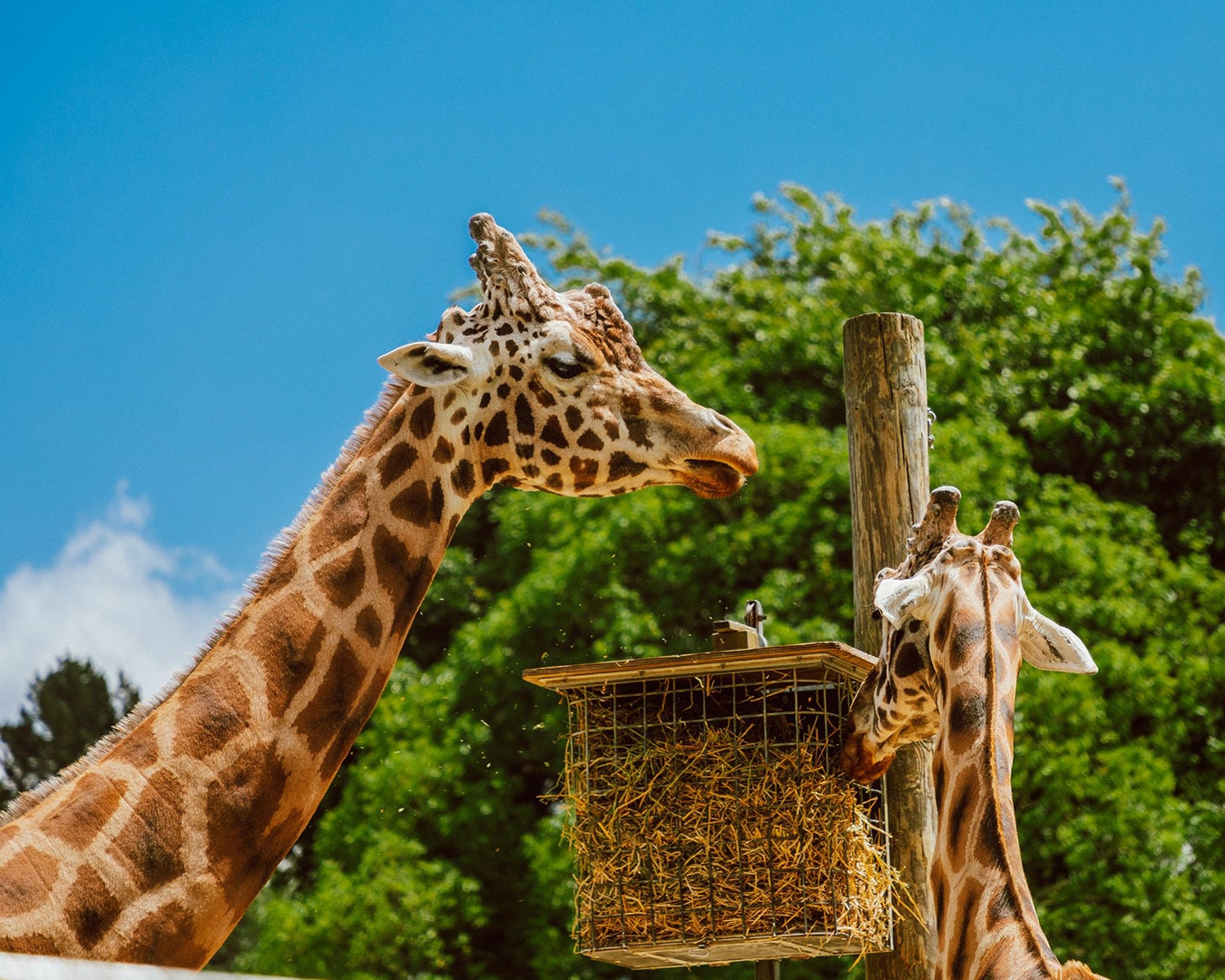 Get Up Close And Personal At The Zoo

Providing a nurturing home for more than 600 native and exotic animals, Hamilton Zoo is the place to go for some animal spotting. The zoo has dozens of inhabitants, including New Zealand’s largest walk-through aviary dedicated to native birds and plants. Other species include chimpanzee, meerkat, Sumatran tiger, and a herd of six rhinos.

Aside from wandering the zoo, there are meet-the-keeper talks and daily animal encounters. Get face-to-face with lemurs, giraffes, and those ginormous rhinos!

Get Active (Or Relax) At Hamilton Lake

Whether you like to get active or kick back and relax, Hamilton Lake is an epic destination for all. Pack a picnic lunch and laze on the grass or grab a takeaway coffee from The Verandah Cafe before wandering around the lake.

Whatever day or time you visit, the perimeter of the lake is bustling with walkers, runners, and dogs alike. Loop the 3.8km path as it winds past lakeside greenery, playgrounds, and fields. On Saturday mornings, the lake is home to a weekly Parkrun event where participants take part in a free 5km run or walk. 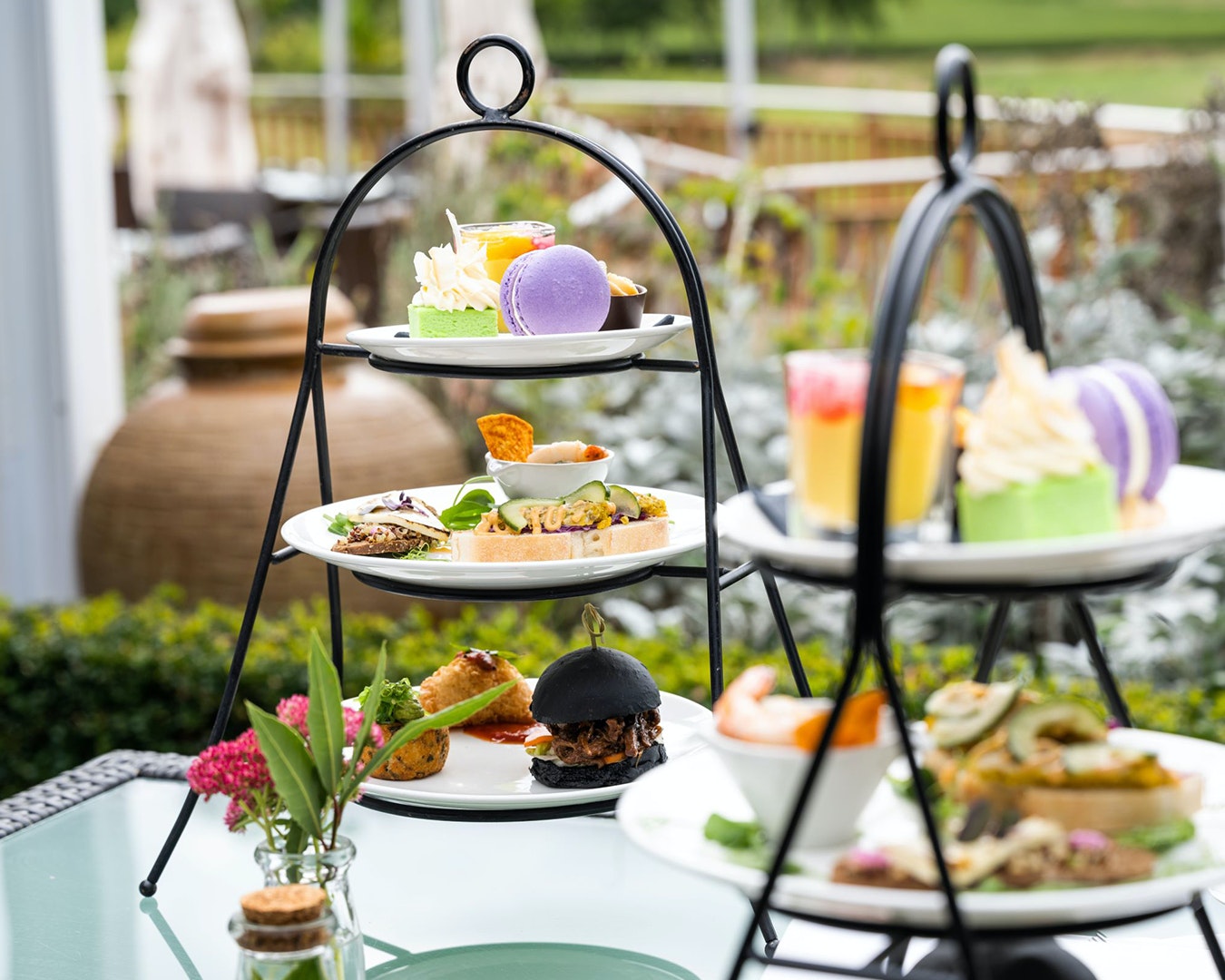 On the outskirts of Hamilton, you’ll find New Zealand’s only commercial tea estate, Zealong. The Gordonton estate is famed for its organic, award-winning tea that is grown, processed, and packed on-site before being enjoyed throughout the world.

Book in for a tour and be guided through the tea trail before participating in a ceremonial tea tasting where you’ll learn to appreciate aroma, appearance, and taste. Alternatively, book in for Zealong’s signature high tea overlooking the beautiful estate.

Get Cultured At The Hamilton Gardens Arts Festival

Late summer in Hamilton brings the return of the annual Hamilton Gardens Arts Festival. The vibrant outdoor festival showcases the best of Waikato’s creative community and a curated selection of national and international talent.

The festival is predominantly hosted within the magical setting of the Hamilton Gardens, as well as much-loved venues in the CBD. The jam-packed line-up includes music, theatre, dance, comedy, and interactive family events. Keep tabs on the event here. 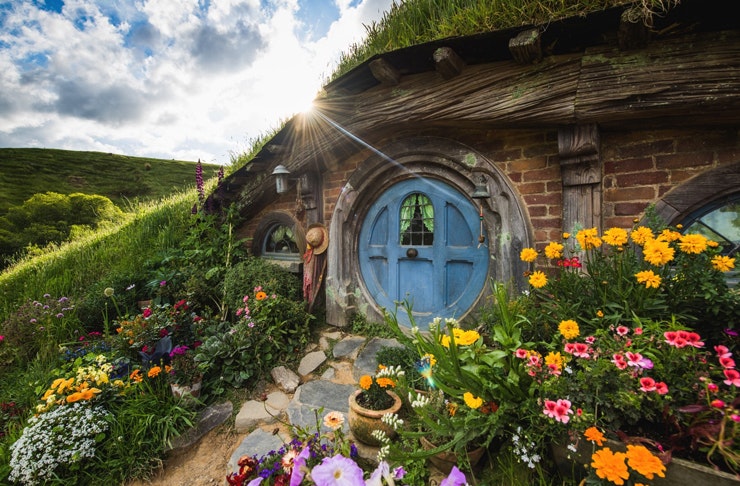 Hamilton is a hop, step and a jump to none other than Hobbiton. In 1998, Peter Jackson and his team scouted the country for the perfect location to build Hobbiton and, luckily for us, he stumbled upon a farm in Hinuera (a ten-minute drive from Matamata).

Embark on a walking tour and be guided around The Shire, which remains largely intact from The Lord of the Rings and The Hobbit trilogies. Channel your inner Frodo as you wander the paths, knocking on doors of hobbit holes and—of course—having a refreshing drink at the iconic Green Dragon Inn.

Soak In Some Underground Beauty

The Waitomo Caves are another Waikato gem. The world-renowned caves are home to an extensive underground river system, stunning stalactite and stalagmite formations, and—the best part—countless twinkling glowworms. Discover the magic with the Waitomo Glow Worm Tour that sees you gliding silently by boat through the starry wonderland.

Thrill seekers can experience Waitomo’s spectacular caves and underwater rivers with Waitomo Adventures. Take the plunge with Blackwater Rafting and wade, swim and tube your way through the spectacular Tumu Tumu cave. There’s also the Lost World all-day adventure that sees you abseiling 100 metres underground before swimming, jumping and climbing along the Mangapu Streamway. 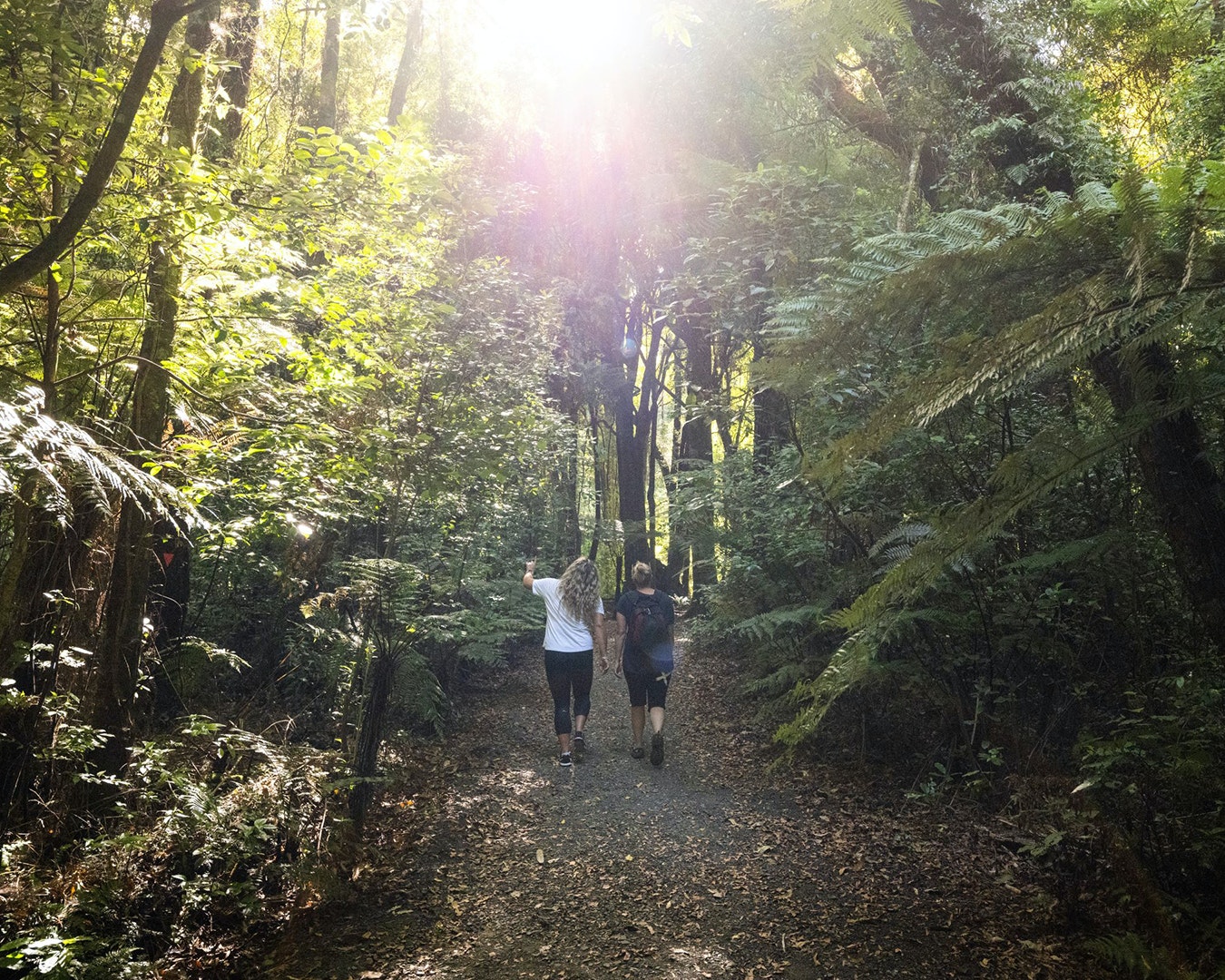 Sanctuary Mountain is a mainland ecological ‘island’ surrounded by one of the world’s longest pest-proof fences—it’s a staggering 47km long! Inside, the ancient forest is a sanctuary for some of New Zealand’s most endangered species including birds, bats, reptiles, and insects.

There are guided and self-walking tours around the sanctuary with different tracks and enclosures to discover. Daytime tours will introduce you to species like the tuatara and takahē, while dusk-til-dark tours will give you the chance to hear—and possibly see—kiwi up close.

Early bird? Here are the most breathtaking spots in Hamilton to catch the sunrise.

Image credit: Main image of Hamilton Gardens by Roy Javier, all others by WaikatoNZ.