The incentive to travel can come from an infinite number of places, whether it’s seeking out the best new food scenes or a desire to reconnect with nature. But for others, taking a trip can be the best way to connect with the past. After all, the most important part about getting out into the world is that it provides the experience that books cannot. If you’re dreaming of making your way down the cobblestone streets or stepping into the rooms where significant events happened, experts suggest that these are the best cities to visit in the U.S. for history buffs.

READ THIS NEXT: The 10 Best U.S. Cities to Visit for Art Lovers.

Taking a step back into the past becomes a lot easier when your destination has devoted itself to helping you experience it from top to bottom. And one place in particular stands out as a must-see for history lovers.

“Williamsburg, Virginia, is probably the closest you’ll ever get to time travel,” says travel expert and history buff Leslie Carbone of Sancerres at Sunset. “Colonial Williamsburg features a recreated 18th-century capital city where you can chat with simple tradesmen or George Washington, Thomas Jefferson, and Patrick Henry, dine at taverns, and even participate in reenacted court trials.” 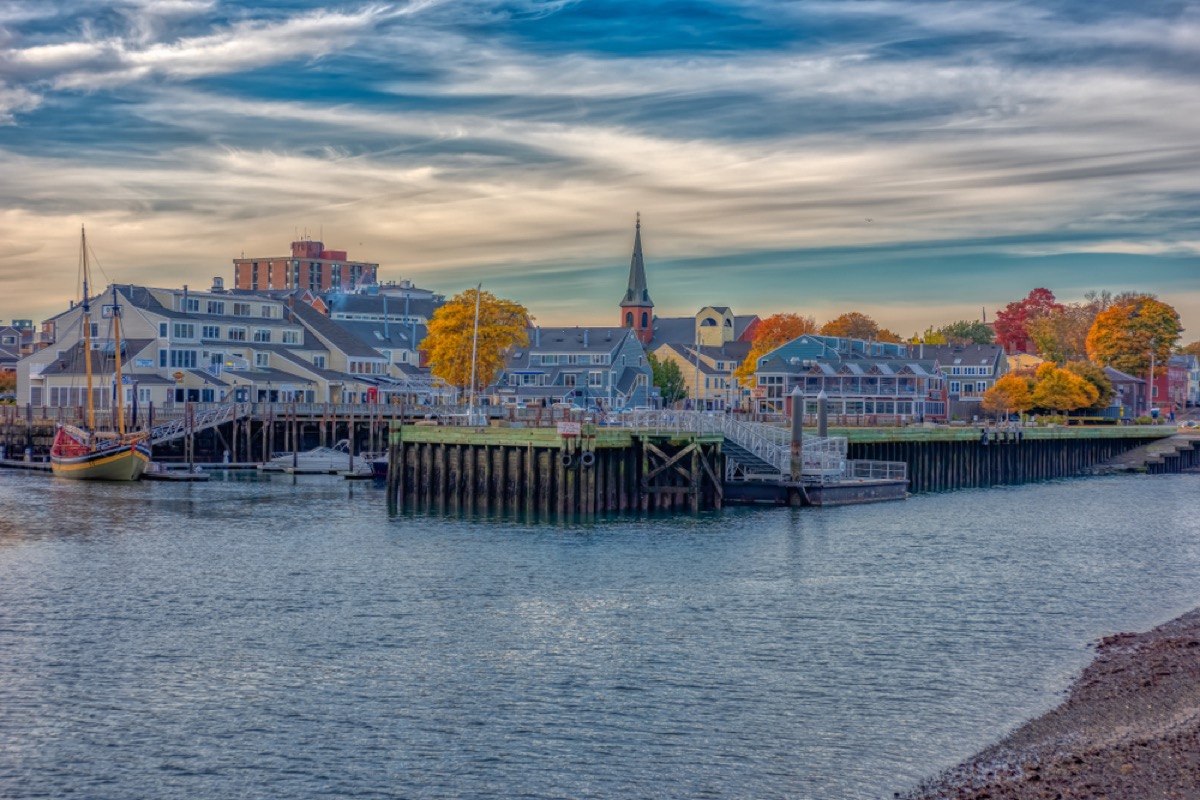 Some historically significant destinations can make it difficult to focus on feeling connected to the topic at hand. But in Massachusetts, one city continues to educate visitors on a significant moment from centuries ago that still gets studied today as a tragic lesson.

“When it comes to history, Salem offers a lot of layers to peel back around the Witch Trials and early American life,” Kara Harms, travel expert at WhimsySoul.com, tells Best Life. “Of course, we now know the Salem Witch Trials didn’t involve any real witches or people who practiced witchcraft or paganism. However, the tragedy that occurred there in 1692 marked the place with a mystical history that still draws in history buffs and the supernaturally curious today—so much it’s often referred to as the witchcraft capital of America.”

“There is a beautiful memorial to the 19 men and women who were hanged for witchcraft during the infamous proceedings,” Harms says. “There are also a number of historic cemeteries to visit, as well as the Witch House, a museum dedicated to showing what life was like in Salem in the 17th century.”

If you’re looking to go beyond that one infamous incident, the city has more to offer than just witch-related sites. Visitors can also immerse themselves in literary history with a visit to the Nathaniel Hawthorne House, a preserved historic home and museum that was the birthplace of The Scarlet Letter author. They can also visit the Peabody Essex Museum, which houses 1.3 million pieces of artwork from throughout history, including one of the largest collections of Asian art in the United States.

For more travel advice delivered straight to your inbox, sign up for our daily newsletter. 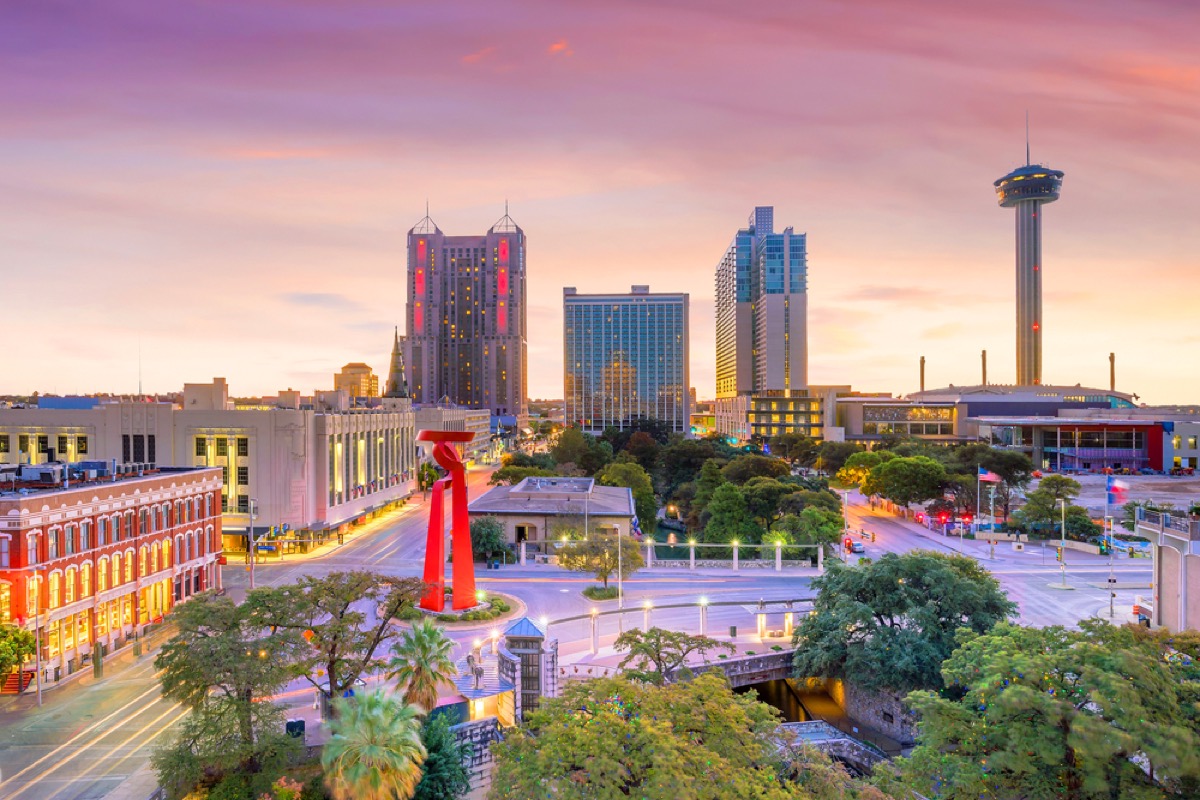 It doesn’t take long for visitors to realize there’s no shortage of local pride in Texas. And when it comes to state history, it’s hard to top San Antonio and its significance.

“In addition to the widely-known Alamo, the city is also home to the San Antonio Missions National Historical Park, which includes four historic missions built in the 18th century,” Steve Morrow, travel expert and founder of Paddle About, tells Best Life. “Visitors can also take a river cruise on the San Antonio River, which passes by several historic landmarks.” 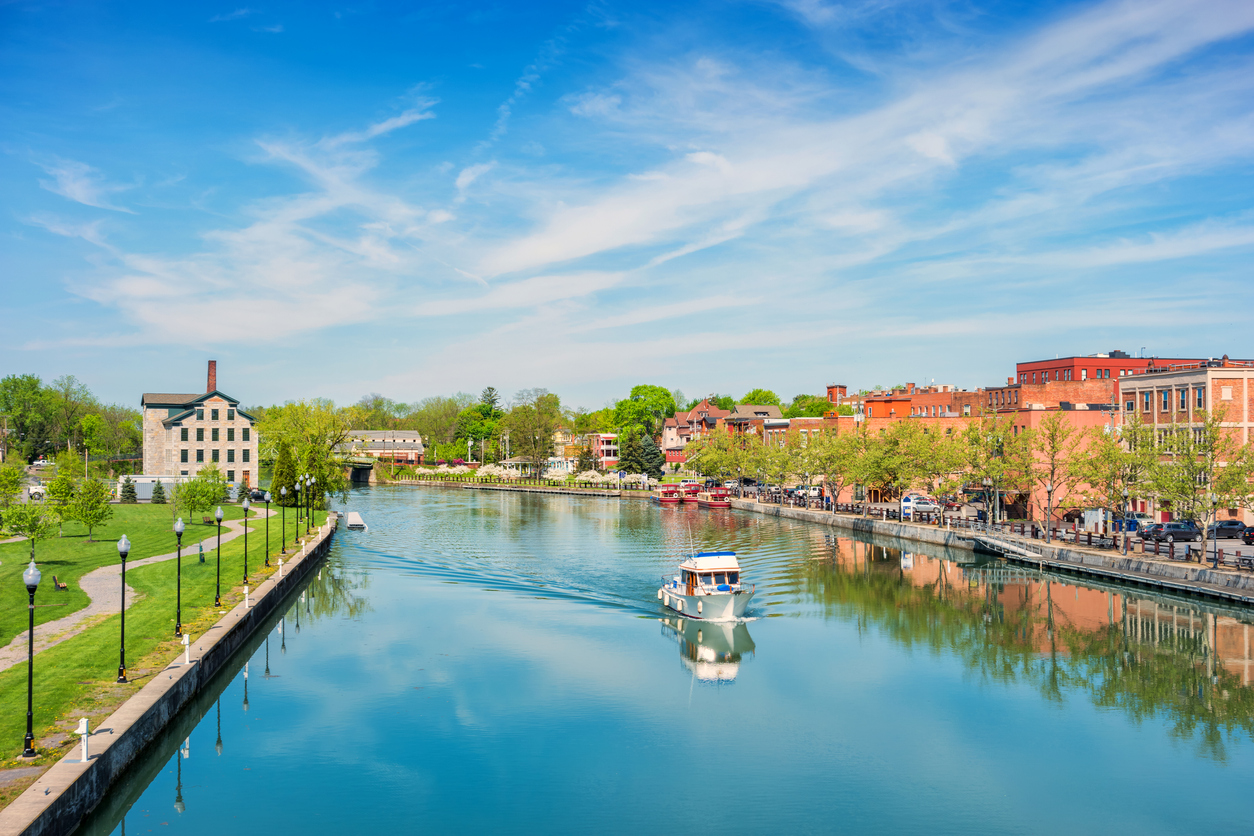 It’s an understatement to say that progress has not come at a small price in America, which is why certain historically-driven trips can be especially important to take.

“Located in the Finger Lakes region, Seneca Falls is a must-visit place for history buffs, especially for those that are interested in learning more about the birthplace of the women’s rights movement, which took place at the Wesleyan Chapel in 1848,” travel expert Sarah Tai says.

Visitors should be sure to stop by the National Women’s Hall of Fame, which is the first and oldest nonprofit organization dedicated to honoring the achievements of American women housed in the Seneca Knitting Mill dating back to 1844. Inductees include Maya Angelou, Lucille Ball, Susan B. Anthony, and Aretha Franklin.

The town is also home to the Women’s Rights National Historical Park (NHP), considered by many to be the epicenter of women’s history in America. It’s here that the first Women’s Rights Convention took place on July 19 and 20, 1848, as people gathered to sign the “Declaration of Sentiments.” 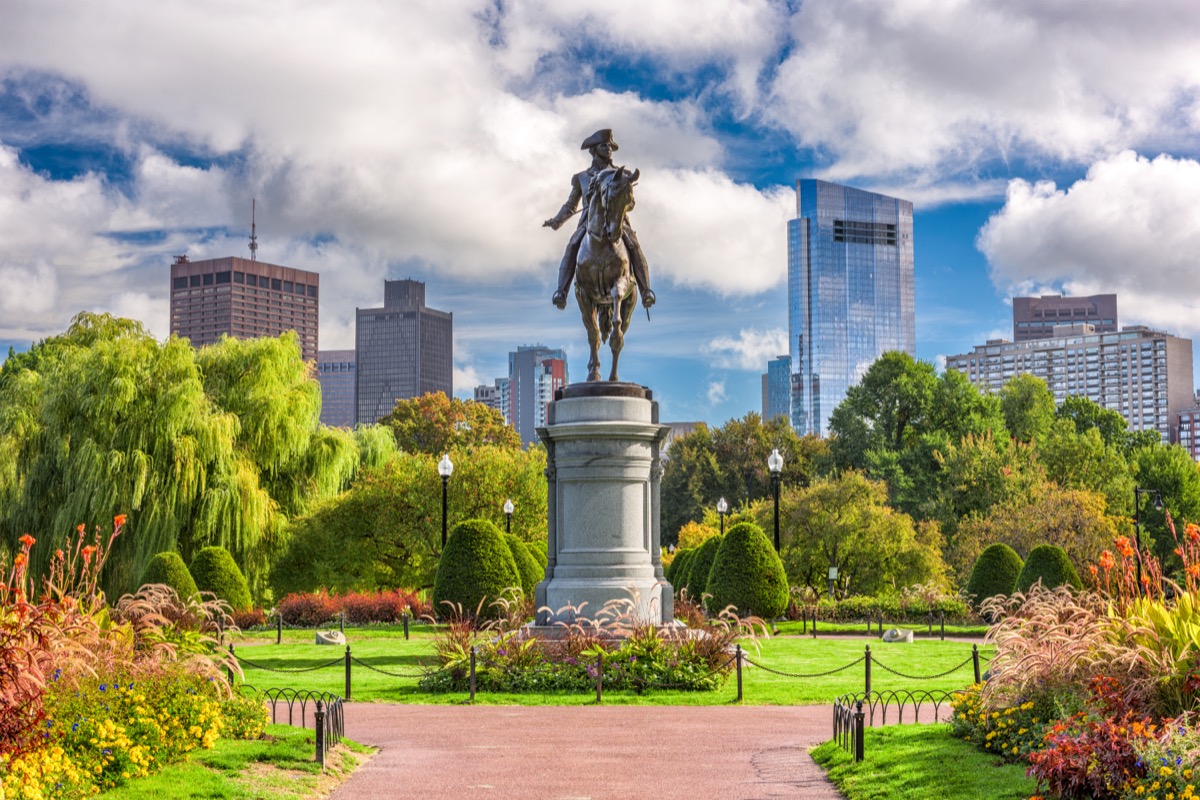 Anyone who’s visited Boston knows it’s a city whose modern charms fold seamlessly into its historical ones. The Hub makes it easy to take in some of the most significant sites of the American Revolution and beyond in one trip.

“As one of the oldest cities in the U.S., Boston is an essential destination for all history fanatics,” Xanthe Steer, travel blogger and owner of Places Unpacked, tells Best Life. “Offering an abundance of monuments and museums, its rich history and culture have been carefully preserved for visitors to learn from and appreciate. Start with the Freedom Trail, a conveniently marked route enabling self-guided exploration of 16 key historic sites, then head to one of the 58 museums to further supplement your knowledge. Your itinerary won’t dwindle as you learn about key events from the Puritans to the Boston Tea Party and better understand the significance of this city in U.S. history.”

Others point out that it’s an excellent destination for taking in on foot. “Whenever I go to Boston, I feel immersed in history, from the brick homes in Beacon Hill to Boston Common, to the Freedom Trail and the King’s Chapel Burying Ground,” says travel expert Becca Siegel from Halfhalftravel.com. “You can find historical facts on so many street corners in downtown Boston that it makes walking around worth it.” 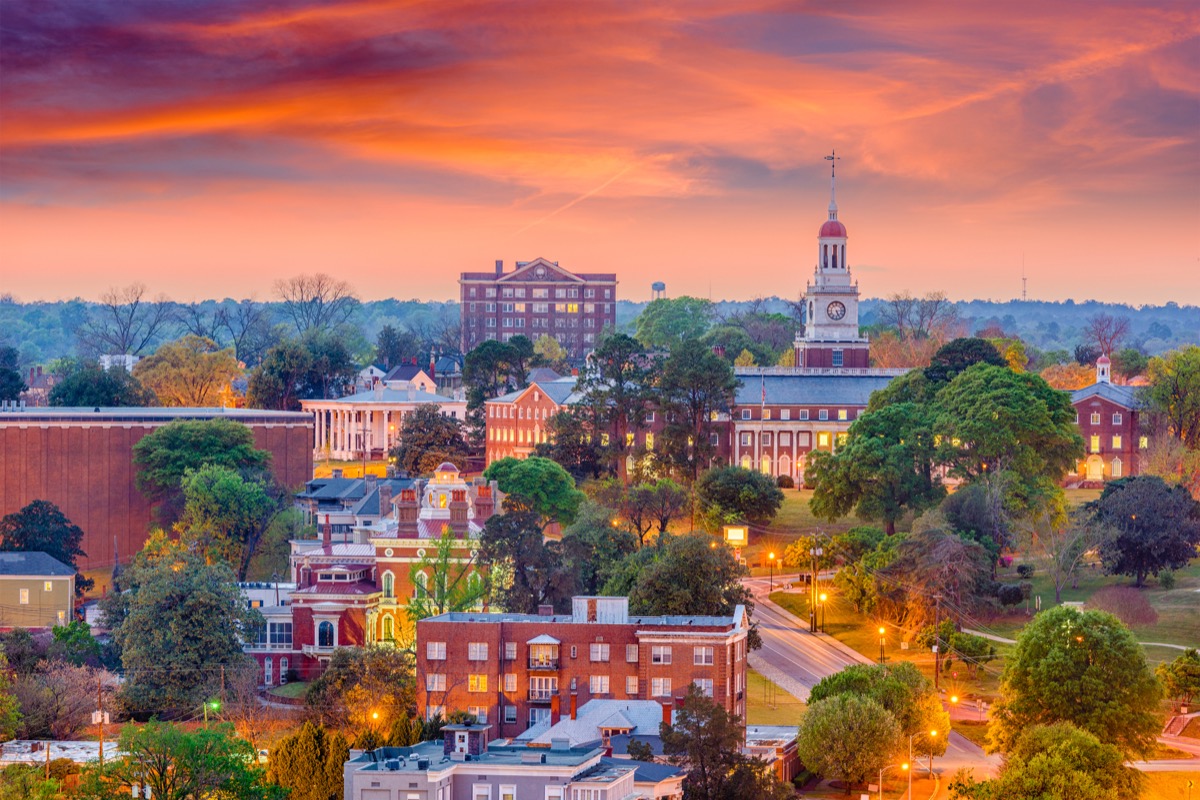 History is more than just the important battles and political events that happen in a given place—it’s also the culturally pivotal moments that can make certain places more important than a history textbook could ever convey. And in Georgia, one small city is steeped in its own legends.

“Macon is perhaps most well known for its music history. Otis Redding, Little Richard, and the Allman Brothers all got their start in the city, and their tales are still passed down through family members and museums dedicated in their honor,” travel expert Taryn Scher tells Best Life.

“Must stops include the Big House, where Dickey Betts wrote ‘Blue Sky’ in the living room and ‘Ramblin’ Man’ in the kitchen. Now a museum, it became the house where members of the Allman Brothers Band, their roadies, friends, and families lived until 1973. It was the focal point of gathering in those early years when the magic that is the Allman Brothers Band was just taking shape and radiating from this historic Southern town,” Scher says.

Other stops include the Douglass Theater, where Otis Redding started competing in talent shows as a teenager and James Brown and Little Richard once delighted audiences on the stage and established Macon as a music town; and the Otis Redding Museum, which was started by the musicians family and is full of original lyrics, phone messages, photos and more from their personal collection.

But the town also contains important history that goes back even further. “The Ocmulgee Mounds National Historic Park is home to 12,000 years of continuous human habitation. The well-preserved prehistoric American Indian site and the ancestral homeland of the Muscogee People were first occupied during the Paleo-Indian period when hunters tracked Ice Age mammals. Visitors can walk in the 1000-year-old earth lodge, where carbon dating has placed its floors at around 1015,” Scher says.

READ THIS NEXT: 10 Best Cities in the U.S. for Outdoor Adventures. 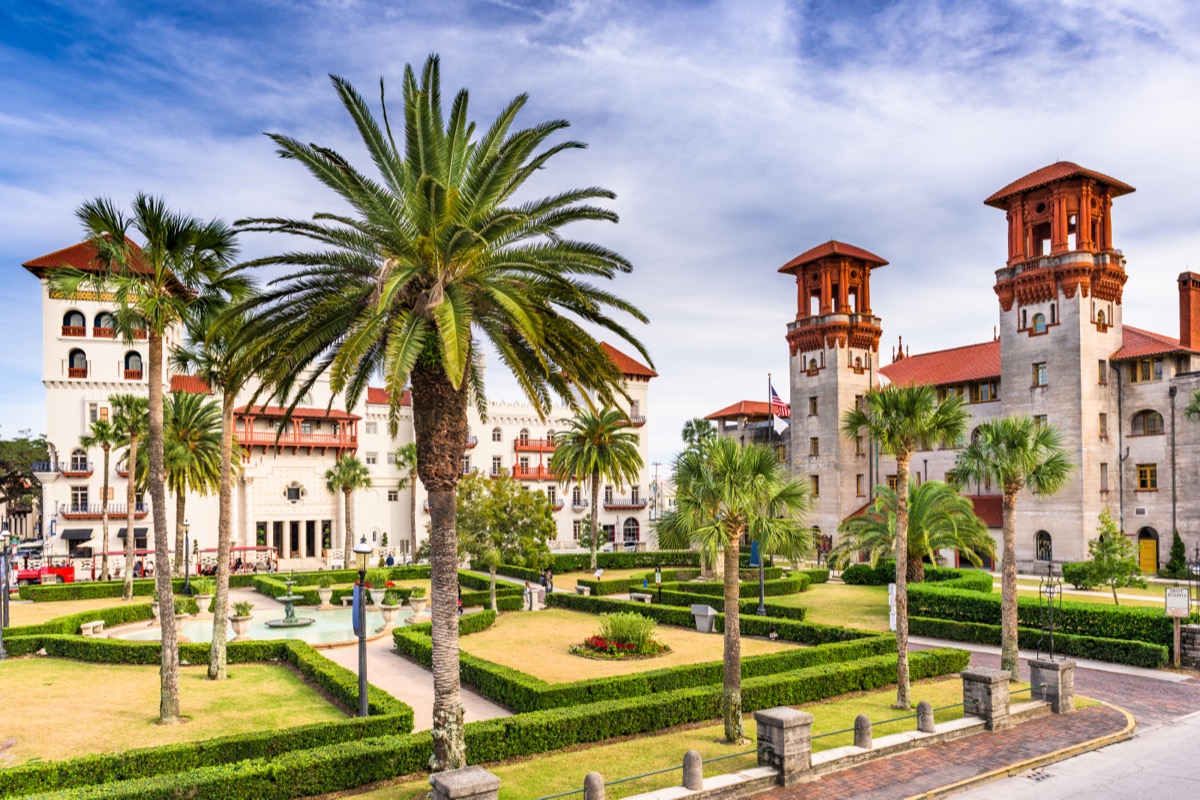 If you’re looking to step back really far in time, one place can boast a history that goes back further than most others.ae0fcc31ae342fd3a1346ebb1f342fcb

“The city of St. Augustine in northern Florida was founded in the year 1565 by Spain and quickly became a defensive station against Britain,” Erin Moreland, travel blogger at Super Simple Salty Life, tells Best Life. “Parts of the historic fortress still remain and are explored by over 650,000 visitors each year. The Lightner Museum and Flagler College are also popular among history buffs, known to be some of the very first buildings with electricity as well as the first large multistory concrete buildings in the U.S.”

Looking to really dive into the destination? “Castillo de San Marcos is one of the most intriguing early forts in America,” Carbone tells Best Life. “And if you’re curious about the super-macabre, the Medieval Torture Museum is one of the most unique you’ll encounter.” 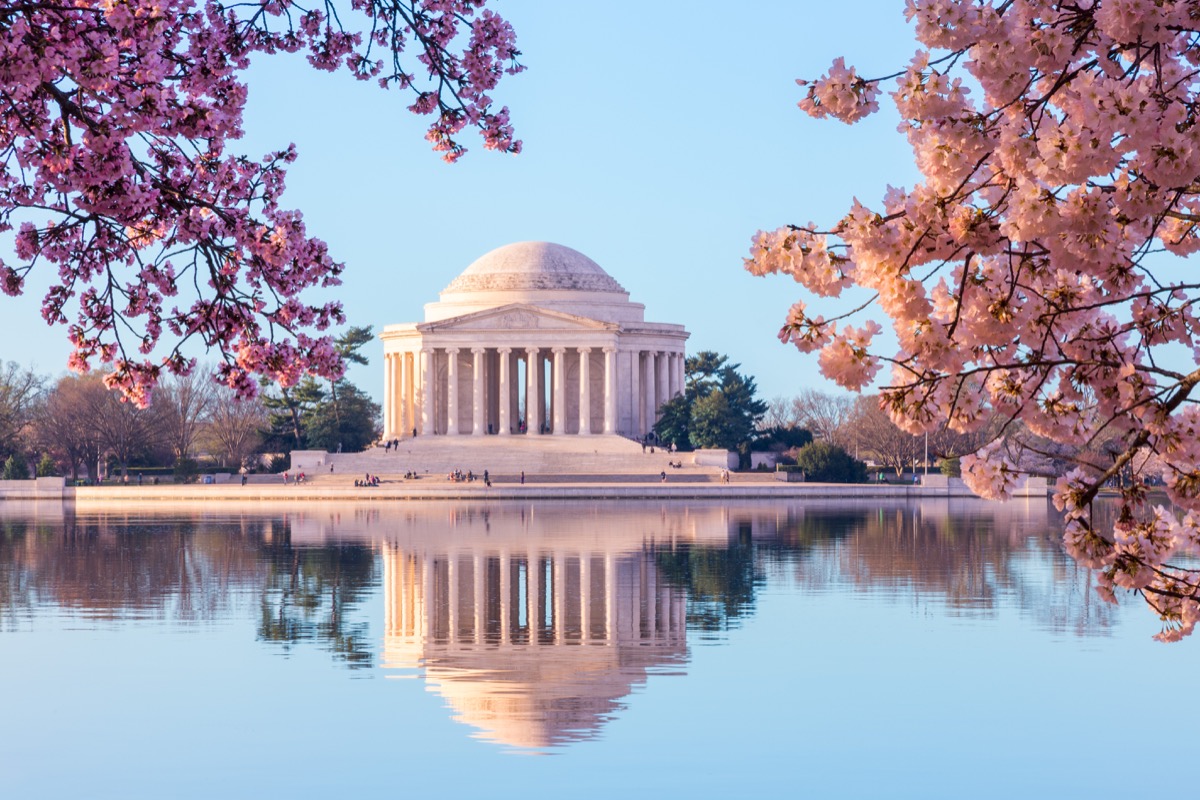 At its very core, Washington, D.C., is a city that was built to be historic, rising up from the swamp as the designated capital of the U.S. But experts point out that the city also makes it easy to take in bits of the past from all over.

“Washington, D.C., teems with monuments. Classics include the Jefferson and Lincoln Memorials, and the World War II Memorial is a stand-out, more recent addition,” Carbone says.

“A visit to the Smithsonian’s National Museum of American History is like poking through the country’s attic. You can see a show at Ford’s Theatre or simply tour its museum with artifacts from the Lincoln assassination,” she adds. 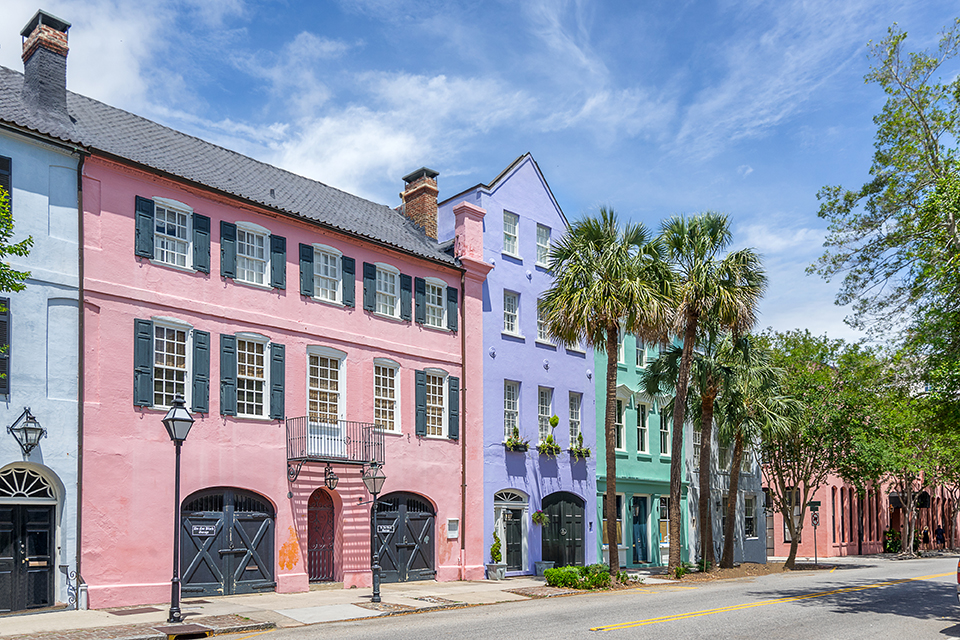 Cities have a habit of changing over time, but few have preserved their charm and authenticity as well as Charleston, South Carolina. Besides its thriving local culinary scene, the coastal gem is one that provides non-stop historical architecture and easy access to the sites of major events.

“This city blends 18th- and 19th-century history,” Carbone says. “The Old Exchange and Provost Dungeon is one of the best quirky museums in America. Upstairs, South Carolina ratified the Constitution and George Washington was fêted during his 1791 Southern Tour. Meanwhile, below is the creepy dungeon used as a prison.”

“You can also take a short ferry ride to Fort Sumter, where the first shots were fired in the Civil War,” she suggests.

READ THIS NEXT: The Most Walkable U.S. Cities in America for Seniors. 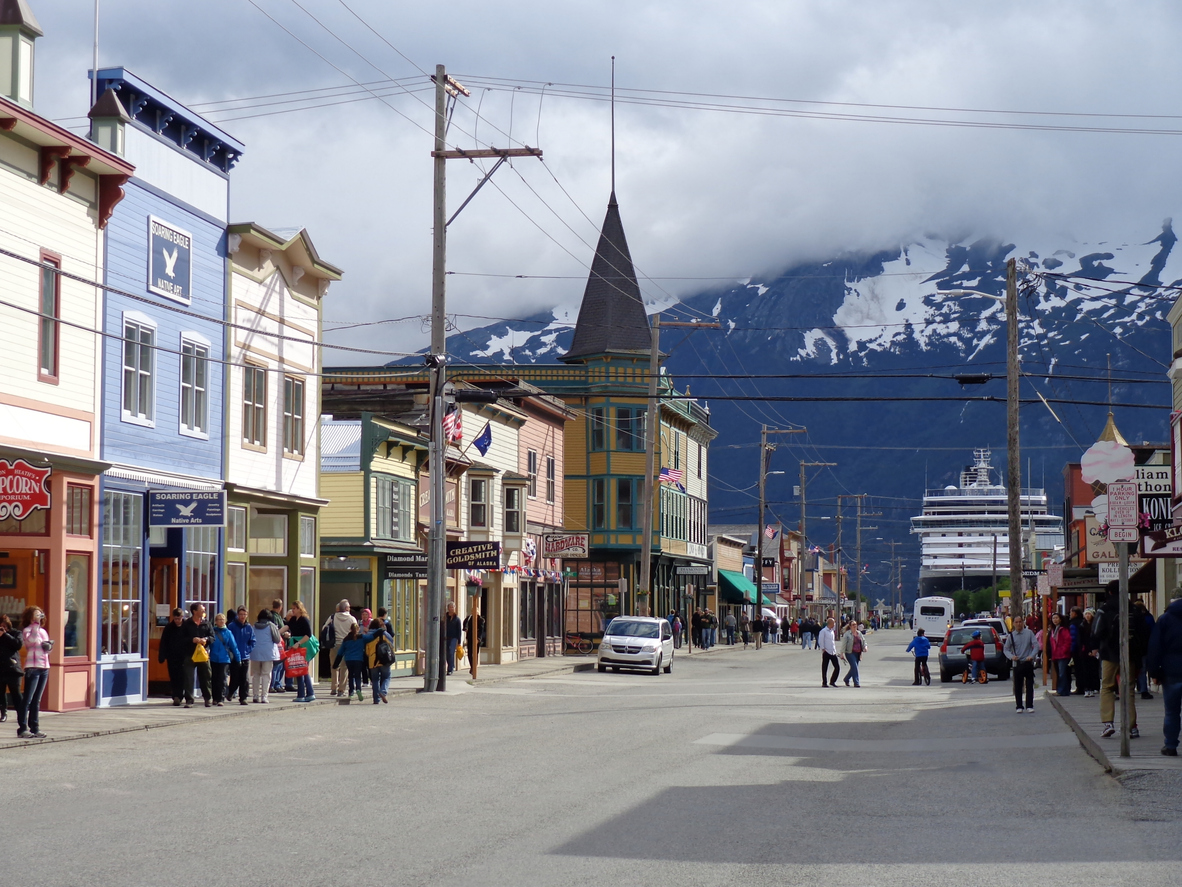 Those looking to get in a bit of nature along with their history may want to consider one of Alaska’s most well-preserved gems. Experts say that while it may be remote, it provides an experience unlike anywhere else.

“There’s no better place to feel like you’ve stepped back into the Klondike Gold Rush era than Skagway,” travel expert, historian, and born-and-raised Alaska resident Sara Bornstein tells Best Life. “During the summer tourist season, several of the local pubs and museums have historical re-enactors, and there is even a brothel museum!”

“For those that are familiar with the story of Soapy Smith, history buffs can see the building that was used as his fake ‘telegraph office’ and visit his grave,” she adds. “And for those that want to see the scenery through which all the Klondike prospectors had to pass through on their way to the gold, there’s the White Pass Railway ride. Skagway has something for all levels of interest in its history, from the serious museums to the hokey, but entertaining historical re-enactments.”