Any avid traveler will tell you that good eating is one of the best parts of exploring somewhere new. Whether you’re grabbing street food, sipping on excellent espresso with a gourmet breakfast sandwich on the way, or dressed to the nines for a fancy dinner, delicious food is at the crux of every high-rated vacation.

If you’re a foodie with a penchant for impeccable dining, consider making one of the following 10 cities next on your travel itinerary.

From award-winning restaurants to exciting food initiatives and diverse cuisine, each of these foodie hotspots in the U.S. will leave your soul happy and belly full. Here they are in no particular order, and next, don’t miss the 10 Best All-Inclusive Resorts in the U.S.

“Austin is such a hot city right now with there being a huge boom in people moving there from all over the world, which has made it such an exciting food scene,” says Maneet Chauhan, restaurateur, cookbook author, and Food Network personality. “From its succulent barbecue joints to food truck parks to modern farm-to-table cuisine, the city has something for everyone. I can tell you that I never leave Austin hungry, that’s for sure!”

The next time you’re in town, take yourself on a self-guided barbecue and taco tour to sample the best of the best. Don’t skip out on the world-famous Franklin’s Barbecue and make sure to swing by the Micklethwait Craft Meats BBQ food truck and chow down at the nearby picnic tables. 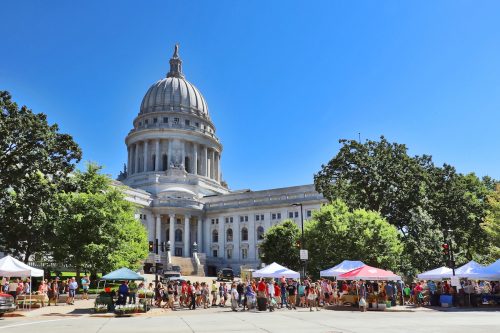 America’s dairy capital has got the lock on all things cheese and cream, but the culinary scene goes much deeper.

“Thanks to the large Scandi and German influences in the state, combined with cold winters and hot summers, Wisconsin has mastered comfort food and food rituals with weekly Fish Fry Fridays and supper clubs,” says travel influencer Kara Harms, founder of Whimsy Soul.

For starters, every Saturday in the summer Madison has a huge farmers market that wraps around Capitol Square where you can find squeaky cheese curds, fresh honey sticks, sticky buns, fresh pressed juices, and pies. Fish Fry Fridays are also a time-old favorite, and many restaurants will offer a fish special featuring fresh catches with some polka music on the side. A good place to start is The Old Fashioned.

“Wisconsin is also all about Supper Clubs,” notes Harms, who says her favorite is The Harvey House. “Expect white table cloths, candles on the table, fresh bread rolls, and multiple courses of house-made soups, salads, and meats.” 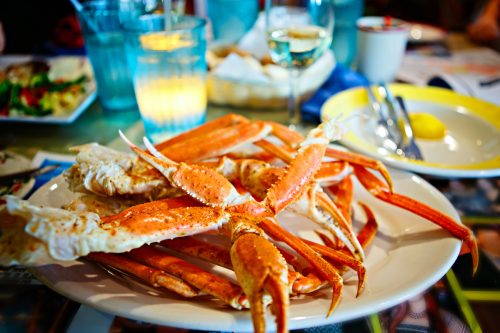 Miami is known for its beaches and raucous club scene, but the people gotta eat. This coastal town is home to a burgeoning, diverse food scene that offers everything from al fresco seafood restaurants to party brunches to authentic Cuban cuisine.ae0fcc31ae342fd3a1346ebb1f342fcb

Drop by Joe’s Stone Crab for some finger-licking good stone crabs, try the tasting menu at Stubborn Seed, and make reservations well in advance for a coveted table at Carbone in South Beach. You’ll also be wise to pencil in a trip to Little Havana; a food tour is a good option for those who don’t know where to start.

“A must is a visit to Versailles for a true authentic Cuban meal and a Cuban coffee,” says Willie Fernandez, travel expert and CMO of Rental Escapes. “For dessert, visit the best ice cream in town at Azucar.”

RELATED: The 10 Best National Parks That Need to Be on Your Bucket List. 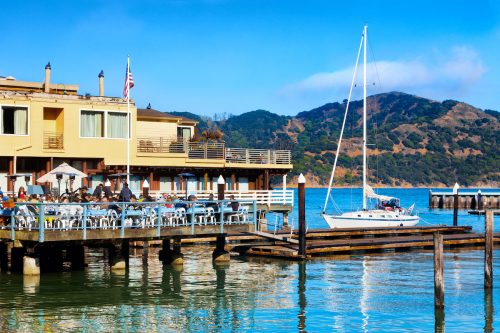 San Francisco is home to over 4,000 restaurants—over 40 of which are Michelin Star winners—which means it’s virtually impossible to go hungry, let alone run into a subpar meal.

“When I say you can truly find anything under the sun here in San Francisco I mean it,” says Harms. “Want a sushi taco? Or $4 bottomless authentic Chinese dumplings? Vegan Mexican? Croissants that transport your taste buds to the French countryside? Savory Pho or all the boba tea shops your heart could desire? San Francisco has it.”

While you can pick any cuisine you want, of course, Harms says The Golden City is especially great at sushi, Chinese, Korean BBQ, lavish American brunches, Mexican food, and boba teas.

Head to Chinatown to check out the food markets and stop by the legendary Golden Gate Fortune Cookie Factory. Also consider penciling in a North Beach Food Tour that’ll guide you through the neighborhood’s history with plenty of delicious food stops along the way. Other favorites include Angler San Francisco (a must for seafood lovers), Tartine Manufactory (a pastry haven), and Del Papolo (a pizza food truck turned communal restaurant). 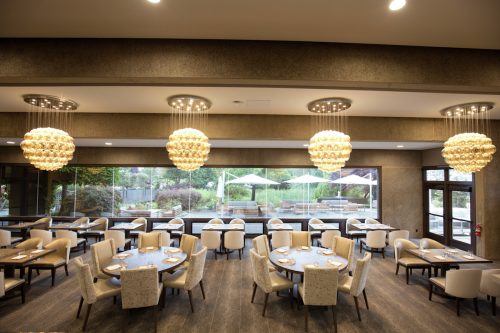 Drive just a couple of hours north of San Francisco and you’ll find yourself in Sonoma County, California. While famous for its exceptional vino, the area is a major destination for foodies who understand that a good wine pairing can take your meal to new heights.

The quaint and tiny town of Healdsburg has particularly made a name for itself via a class of culinary trendsetters, globally-esteemed fine dining, and exciting food initiatives. For example, Michelin-winner SingleThread was one of only three U.S. restaurants—and the only restaurant in California—to earn a spot on the coveted World’s 50 Best Restaurant list in 2022.

In more exciting food news, J Vineyards & Winery recently launched its highly anticipated Shifting the Lens culinary series, which aims to challenge the conversations around representation in the industry. Each featured guest chef curates an impeccable tasking adventure with wine pairings, and the dinner culminates with an intimate, open conversation with the chef. Also not to be missed in Healdsburg: Spoonbar (farm-to-bar cocktails and creative cuisine) and Barndiva (relaxed fine dining). 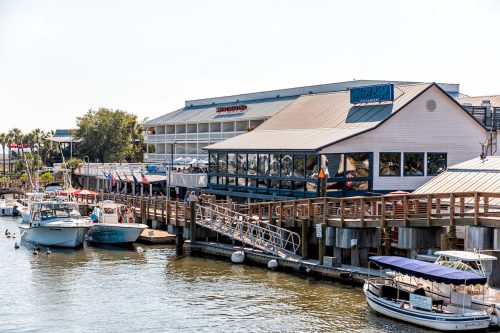 Whether you’re a fan of seafood or not, Charleston is easily one of the best foodie cities in the United States.

“Some of my most memorable dining experiences have occurred in Charleston,” says Chauhan. “Not only do you find that Southern hospitality charm everywhere you go, but also incredible, world-famous chefs who put their own global spin on the South’s famed cuisine. Between this and the city’s rich history, colorful architecture, and quaint cobblestone streets, Charleston is truly a foodie’s paradise.”

Chauhan recommends spending the day exploring the city and learning all about the history that it has to offer, making sure to pop in at whatever restaurants speak to you along the way. One of her favorites is Xiao Bao Biscuit (Asian comfort), and your belly will thank you for a visit to Sullivan’s Fish Camp (a seafood paradise), Le Farfalle (a modern spin on classic Italian), and Boxcar Betty’s (for the best chicken sandwich of your life).

RELATED: The 10 U.S. Islands That Need to Be on Your Bucket List—No Passport Required. 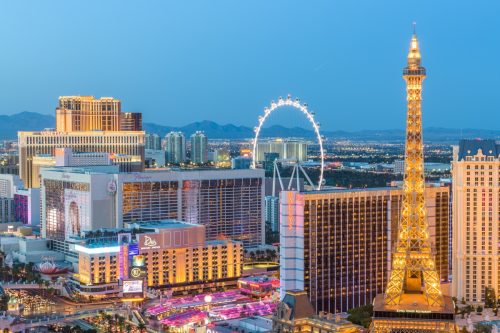 Flashing casinos may be the first thing you think of when it comes to Las Vegas, but Sin City is also a major destination for foodies. In fact, celebrity chefs flock to The Strip to put their best on display. And truly, what better way to spend your winnings than on a meal you’ll never forget? 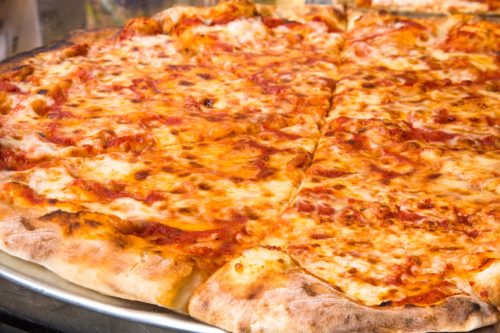 You didn’t think we’d leave The Big Apple off this list of the best foodie cities in the United States, did you? Not only does New York City boast the highest amount of Michelin Stars in the entire country—65 and counting—but it’s also home to more restaurants and cafes per person compared to anywhere else in the states. That means there’s something for every budget and hungry belly.

When in town, you have to go for a classic sidewalk hot dog, a slice of cheesecake, and a bagel with plenty of schmear. A pizza pie is also a must, and there are a few that reign supreme, including Artichoke Basille’s Pizza (which serves by the absolutely massive slice) and L’Industrie Pizzeria, which features a snappy crust and premium ingredients.

Other favorites include Yellow Rose (Mexican high-end comfort), Lysée (a brand-new shop with photo-worthy pastries), Africa Kine (a staple since 1996), and Golden Diner (a must for chic brunch). 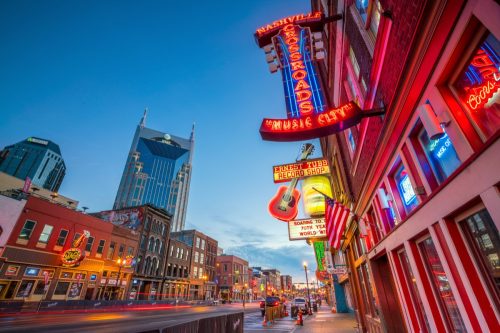 In between honky tonks and music museums, you’ll need to eat, and we promise you won’t go unsatisfied in The Music City. Nashville consistently finds itself on “best of” lists regarding food and is known especially for its hot chicken, biscuits, donuts, and southern cooking.

You can’t go wrong with a visit to the aptly named Biscuit Love, which has perfected the art of biscuit making and has the menu to prove it. The Nashville Jam Co. is another must-try for biscuit connoisseurs; it’s the perfect place for breakfast, lunch, and brunch. If a belly full of traditional fried chicken is calling your name, drop by Hattie B’s or 400 Degrees.

RELATED: The 10 Best Travel Experiences in the U.S. 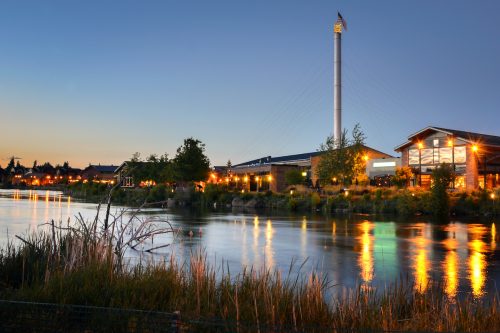 You may peg Portland as the best food city in Oregon, but Bend might just be the state’s brightest star.

“The restaurant culture here is really focused on outdoor spaces that bring people together over food—no matter the season or time of day,” says Harms. “When visiting this spring, I lost track of how many breweries also double as coffee shops and have food trucks out back to quench any food craving you have. Local chefs take pride in dishing up their favorite dishes and offer everything from vegan options to pizzas to ramen.”

To hang with the locals midweek, stop by Bevel Brewing. This craft brewery is known for having the best beers in town, and its huge outdoor patio is fully lined with food trucks. Plus, it’s dog friendly and has plenty of fire pits, making it an easy spot to relax.