Darcy Healy is an avid cruiser.

“My first cruise was in 1986, and since then I’ve taken 44 cruises. And my last one was just last month — we went to Alaska,” the Carlsbad resident said about herself and husband.

Next up, she’s cruising down to Mexico on the Princess Discovery out of the Port of Los Angeles in October.

Healy remains optimistic about her upcoming trip, even in light of the recent cancellations Princess Cruises has made in San Diego.

“Princess has canceled, they say because of labor shortages — which I believe. I mean because they want the money and San Diego definitely wants them here for the money,” she said.

Darcy Healy points to the image of a cruise ship in a tropical paradise on the front of a water fountain at her home, Aug.12, 2022.

The cancellations include 11 cruises on the Diamond Princess, all previously slated to set sail from San Diego between September 1 and November 13.

That means 40,000 fewer passengers coming through the city, with each round-trip cruise pushing roughly $2 million into the local economy, according to the Port of San Diego.

In a statement Princess Cruises said:

“With rising occupancy levels on the ships that have already returned to service and our commitment to guarantee the Princess experience is exceptional, Princess has made the difficult decision to cancel a limited number of voyages.” 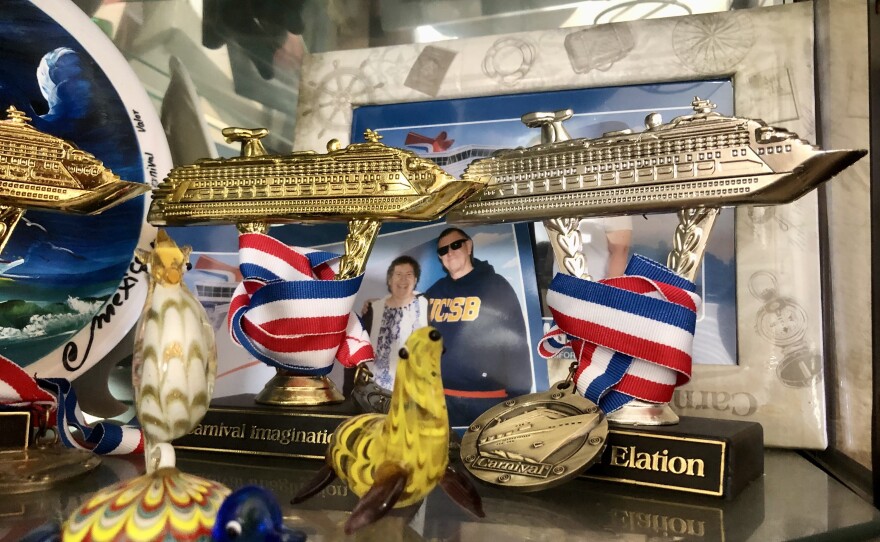 The company said the cancellations would provide the additional time needed to overcome staffing shortages.

Guests affected by the local Princess cancellations were offered transfer options or future credits for an equivalent cruise with $100 to spend onboard. A cash refund was also available.

“Princess Cruises has been an important part of the Port of San Diego’s growing cruise business and will continue to be for the foreseeable future. While the cruise industry — and travel industry as a whole — continues to face unprecedented challenges, the cruise lines have shown and continue to show resilience. We look forward to the Diamond Princess sailing from San Diego.” 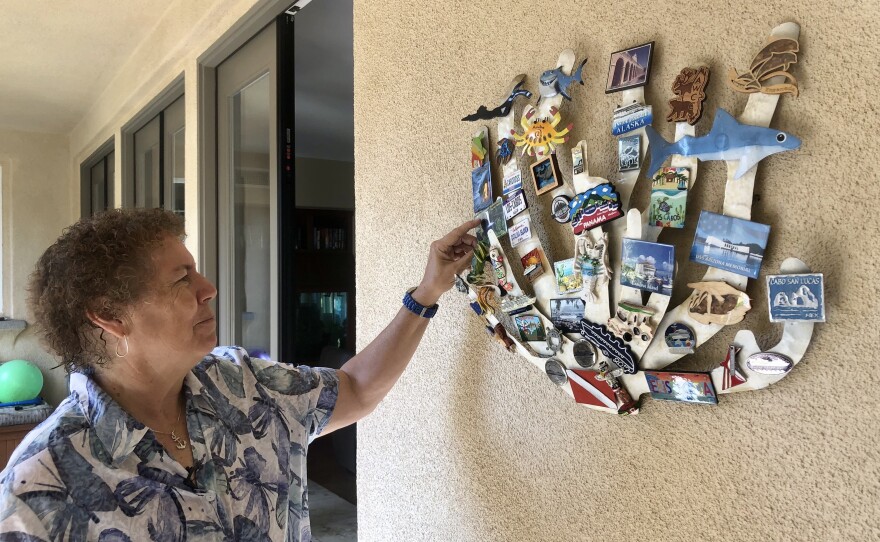 Darcy Healy describes the different magnets she has collected from her 44 cruises, Aug. 12, 2022.

Princess Cruises still plans 13 sailings starting later in the year in San Diego, but the cancellations come as the company was supposed to make its first large-scale return to the region in more than a decade.

According to the Port of San Diego, it’s anticipating roughly 140 cruise calls overall for the 2022-23 season, with ships at or near full occupancy. That number marks a 45% increase from last season.