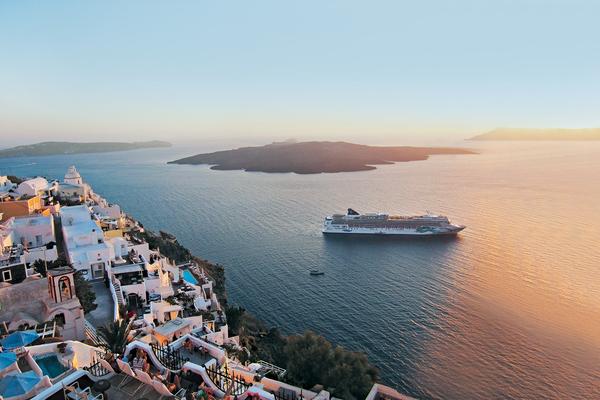 Norwegian Cruise Line Holdings continues to advocate for the cruise industry and the return to cruising.

The company, which operates Norwegian Cruise Line, Oceania Cruises and Regent Seven Seas Cruises, donated $100,000 in Visa gift cards as a measure of support for the International Longshoremen’s Association Local 1416, which serves PortMiami and has been negatively affected by the pause on U.S. cruises for well over a year.

The company also unveiled the Safe to Sail campaign, “a grassroots initiative to urge lawmakers to allow cruising to resume in the United States this July and restore the hundreds of thousands of jobs, including the cruise longshoremen, impacted during the cruise suspension,” Norwegian said.

Commencing on July 25, Norwegian Cruise Line is scheduled to resume sailing with Norwegian Jade, Joy and Gem, all of which will operate under the new SailSAFE Health and Safety program, which is designed to ensure the safety of passengers during the pandemic.

“The suspension of cruises operating from U.S. ports is having a devastating impact on the entire cruise ecosystem consisting of American ports, labor, transport, the travel agency community, commerce, small business and other related industries, resulting in an estimated loss of several hundred thousand American jobs and billions of dollars to the U.S. economy,” said Frank Del Rio, president and chief executive officer of Norwegian Cruise Line Holdings Ltd. “We need to get everyone in our cruise ecosystem back to work, including our longshoremen. We believe we can provide a uniquely safe and healthy vacation experience with our robust and comprehensive SailSAFE health and safety program, including mandatory vaccinations combined with multiple additional layers of protection. We look forward to joining the rest of the travel, tourism and hospitality sectors in participating in this next phase of our country’s recovery not only by reinstating thousands of American jobs, but also recontributing to the U.S. economy.”