WHITEHALL—The Whitehall Vikings didn’t have any letdown from last week’s win over archrival Montague as they cruised past the Manistee Chippewa’s 56-0 on Friday.

The West Michigan Conference-Lakes contest was played at Whitehall.

Whitehall was in complete control from start to finish.

“I thought it was a really big week and everything for us,” Viking coach Tony Sigmon said. “I’m really proud of our kids’ focus. It just shows you the maturity of our group.”

And it wasn’t just one or two guys. It was everyone.

“All of our kids did a great job,” Sigmon said. “All-in -all, it was a really great win. I was really impressed with the way our defense played.” 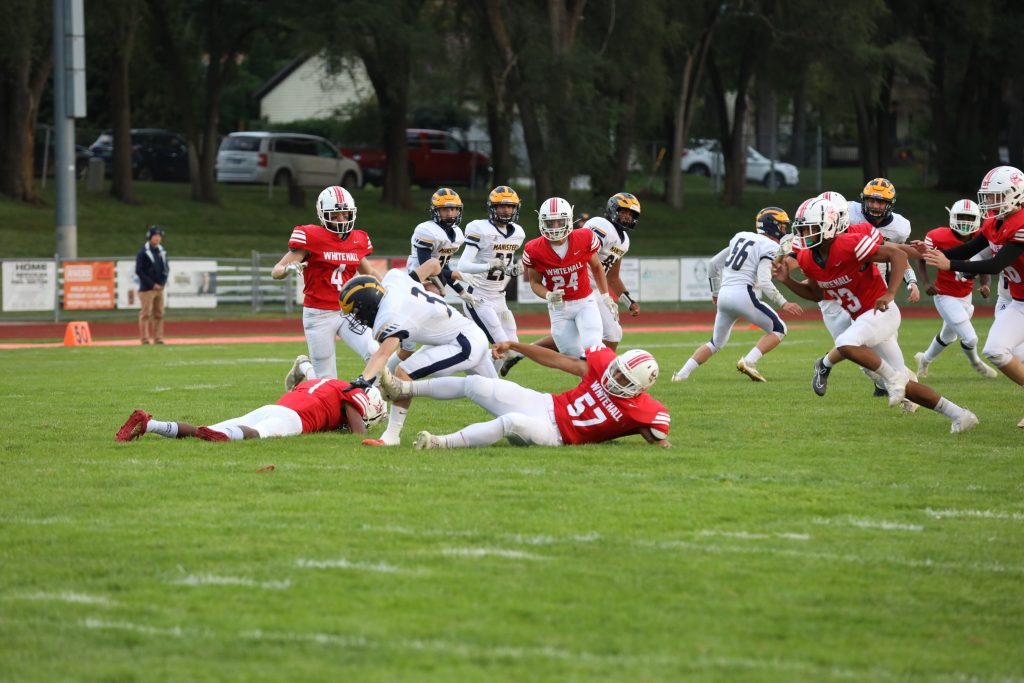 The Vikings generated 348 total yards (271 on the ground) of offense while limiting Manistee to 100 yards.

Junior quarterback Kyle Stratton rushed nine times for 82 yards and scored two touchdowns while Jackson Cook gained 51 yards on the ground and scored a touchdown. Nate Bolley picked up another 45 yards rushing while finding the end zone once.

Stratton completed 5-of-10 passes for 77 yards and threw two touchdowns.

“We were really focused and we had a really good week of practice and we got the job done and never took our foot off the gas peddle tonight and now it’s on to Oakridge,” said Stratton. “We’ve got to get ready for Oakridge this week. We got a lot of revenge because they took a game from us last year where I didn’t play very well.” 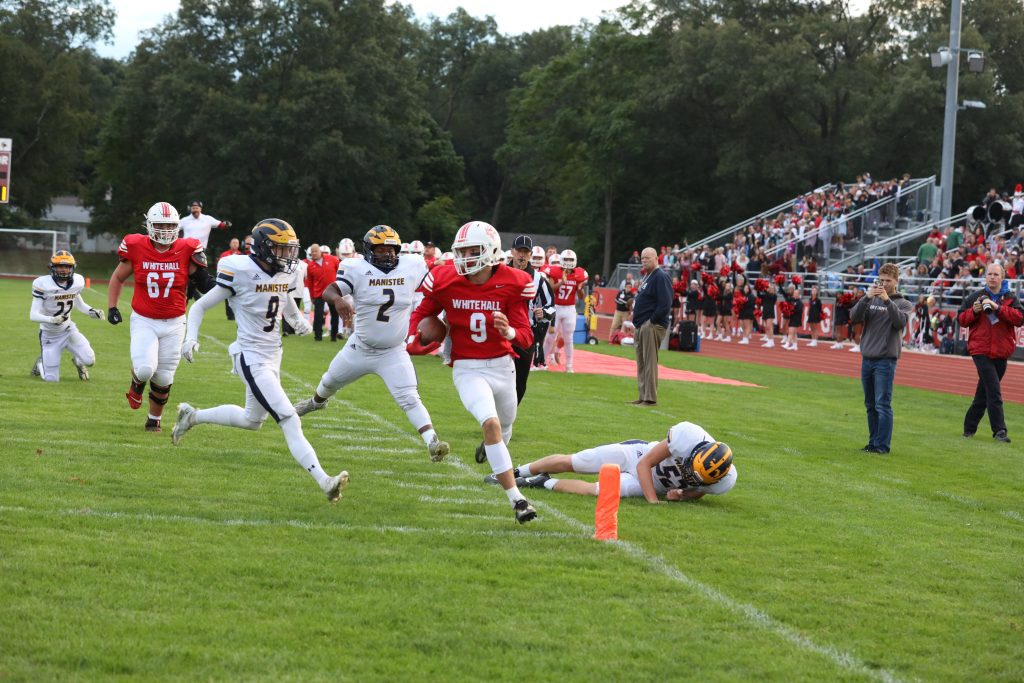 Camden Thompson led the receiving attack with two catches for 42 yards and a touchdown.

They opened up the scoring on a 30-yard pass play from Stratton to Thompson. On the second possession, Cook ran in from 28 yards and Stratton found Malcolm Earvin on a 10-yard pass reception. The Vikings jumped out to a 21-0 lead after the first quarter.

They tacked on another touchdown in the second quarter on a 20-yard run by Stratton and had a 28-0 halftime lead.

Whitehall scored four more times in the second half.

Cook led the Whitehall defense with 10.5 tackles. Trenton Tenbrook finished with eight tackles while Jaiden Altgilberg chipped in with 7.

The Chippewa defense was led by Nick Hornkohl with 5.5 tackles and Braydon Sorenson with 3.5 tackles.

Whitehall (5-0, 2-0) will travel to Oakridge (5-0/3-0) next Friday with first place on the line in the West Michigan Conference-Lakes division.

Manistee (3-2, 1-2) travels to Ludington to take on the Orioles in a West Michigan Conference-Lakes battle. 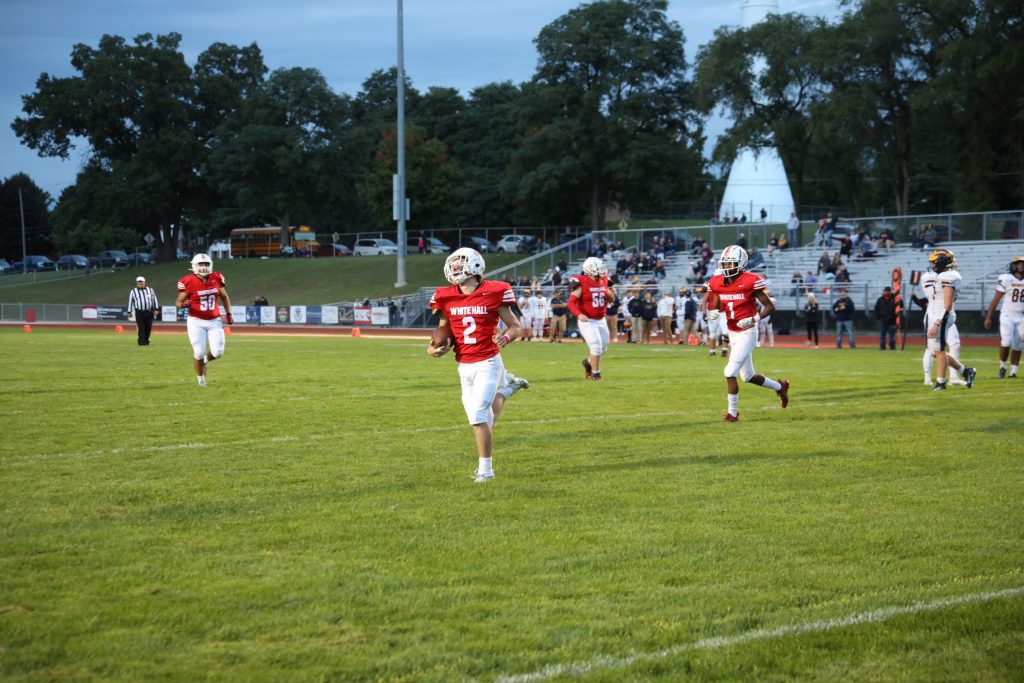