Celebrity Beyond, the third in Celebrity Cruise Line’s Edge-class of vessels, sailed past the Statue of Liberty today as it arrived in the New York City region for the first time.

This marks the ship’s North American debut after a summer spent in Europe, and is a quick visit before the ship heads to its winter homeport of Port Everglades, Florida.

Celebrity Beyond Arrives in North America

Celebrity Beyond finished her first transatlantic crossing today, a 12-night itinerary from Barcelona, Spain that concluded the ship’s inaugural summer in the Mediterranean and brings her to North America.

The ship, helmed by Captain Kate McCue, the first and only American female cruise ship captain, arrived at the Port of Bayonne in New Jersey this morning, the first time the new vessel has been in North America.

“Today marks the start of a game-changing couple of weeks for our brand. Our newest, most awe-inspiring and expectation-defying ship, Celebrity Beyond, is making her North American debut in the Big Apple today; and next week we will officially name her with the amazing Simone Biles as the ship’s godmother,” said Lisa Lutoff-Perlo, Celebrity Cruises President and CEO.

The ship will move from New York to Fort Lauderdale on October 26, 2022, via a 9-night one-way sailing visiting Bermuda, Curacao, and Aruba.

From Fort Lauderdale, the ship will begin the winter Caribbean season offering 5-8 night sailings with itineraries that include ports of call in Mexico, The Bahamas, St. Thomas, St. Maarten, Grand Cayman, and other popular destinations.

In late April 2023 the ship will return to the Mediterranean for another summer in Europe, offering round-trip sailings from Rome (Civitavecchia), Italy.

As the newest of the Edge-class vessels, Celebrity Beyond is already far beyond expectations with the guest experiences on board.

The ship has been deliberately designed to be more luxurious and spectacular than any other cruise ship, featuring such amazing design elements as a Rooftop Garden and stunning Resort Deck with unique cantilevered float pools and sunken seating areas for intimacy while still connecting with the surrounding ocean. 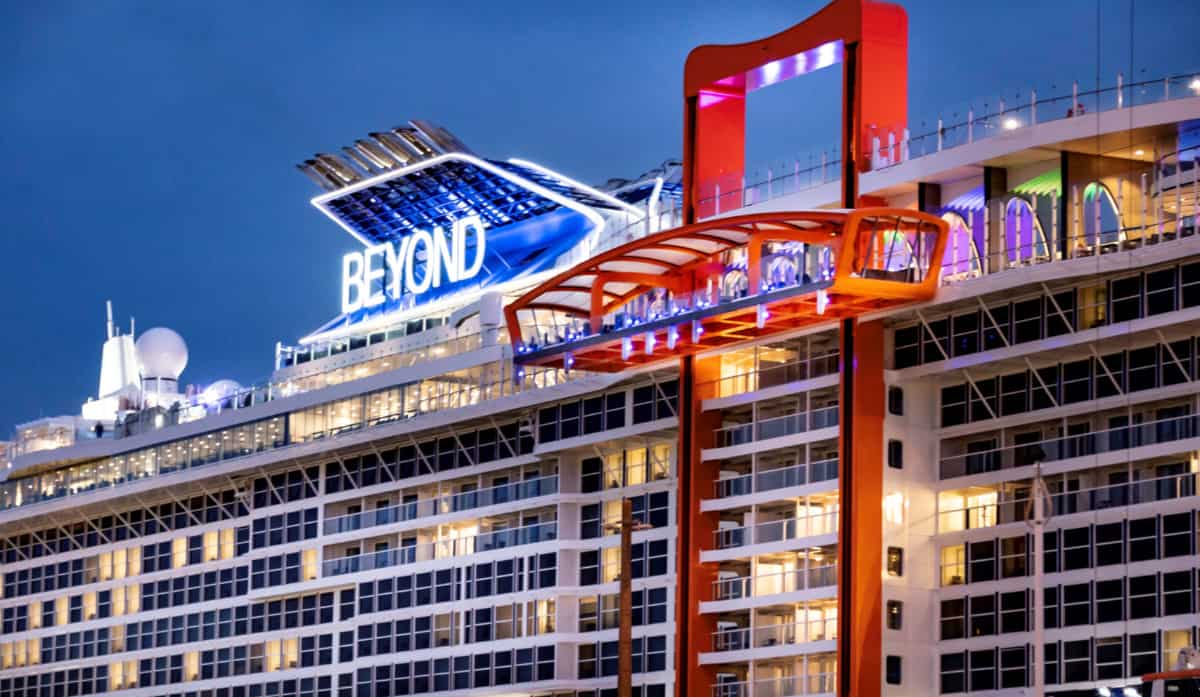 The multi-level, multi-terraced Sunset Bar redefines the ship’s aft with its beach club vibes, while the bold Grand Plaza spans three decks at mid-ship, creating an airy, open indoor space with the brand’s signature Martini Bar as the showpiece.

One of the ship’s most unique and most recognizable features is the cantilevered Magic Carpet floating platform, able to soar 13 stories above the water’s surface while offering uninterrupted vistas and different moods with a full bar and live music performances.

Celebrity Beyond also offers 32 dining and drink venues, new spectacular performances with integrated technological effects, the resort-within-a-resort “The Retreat” suite area with its own exclusive spaces, and popular favorites such as the adults-only Solarium space and multiple pools and hot tubs.

The largest of the Edge-class vessels, Celebrity Beyond weighs in at 140,600 gross tons and can welcome 3,260 guests, with 1,400 international crew members to provide superior service on every sailing.

The ship’s official naming ceremony is scheduled for Friday, November 4, in Port Everglades, and the ship will set sail on its first winter Caribbean sailing from November 6. 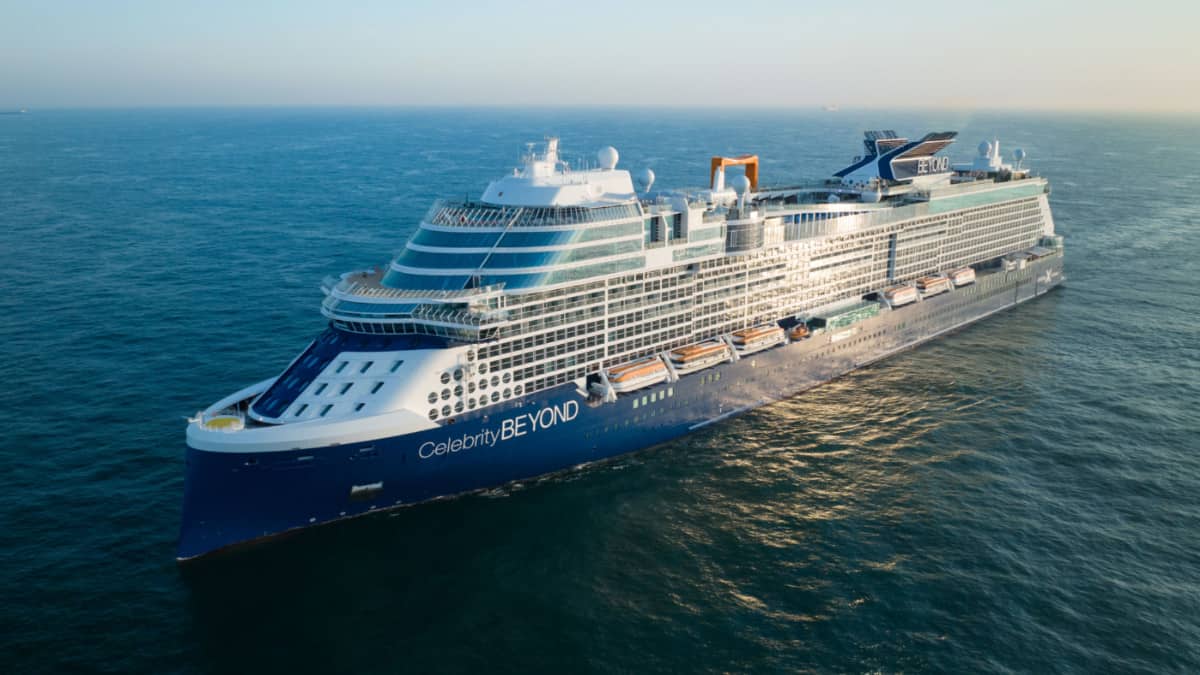