ASHWAUBENON, Wis. — Joe O’Dovero is right where he wants to be — putting potential buyers in the operator’s seat of a Bobcat excavator.

What You Need To Know

He’s one of the vendors at the three-day Great Lakes Logging and Heavy Equipment Expo at the Resch Center complex near Lambeau Field.

“What we’re hoping to do is get back out in front of people, show them the equipment we have,” said O’Dovero, general manager of Midway Rentals and Sales near Marquette, Michigan.

“Our equipment is a little bit bigger and a little more expensive. Generally, showing it to people, getting them in it and getting them to try it is key for us to getting them to come over and try a Bobcat out and maybe, eventually, buy one,” O’Dovero added.

Those first-person, hands-on interactions are a key part of O’Dovero’s business, he said.

“It’s not like a pair of tennis shoes you can just buy over the internet. We’ve got to be face-to-face with our equipment,” O’Dovero said. “Between the Milwaukee hand tools and the Bobcat equipment, it’s imperative for us to be face-to-face with people, being that the price tags on there, things are generally quite a bit higher than most things you can buy on the internet.”

The expo is hosted by the Great Lakes Timber Professionals Association. This is the first time the event has been held in Green Bay since 2010.

It returns at a time when business travel and events are rebounding from a near standstill during the depths of the pandemic.

“As far as recovering back to 2019, we’re still working towards that,” he said. “We have projections from industry research professionals that say that might still be out a couple years, but our sales team has had the busiest year as far as going to shows and meeting with clients that they’ve ever had. This is working towards events that happen in 2026, 2027 and beyond.”

But he said he’s optimistic about what the future holds. 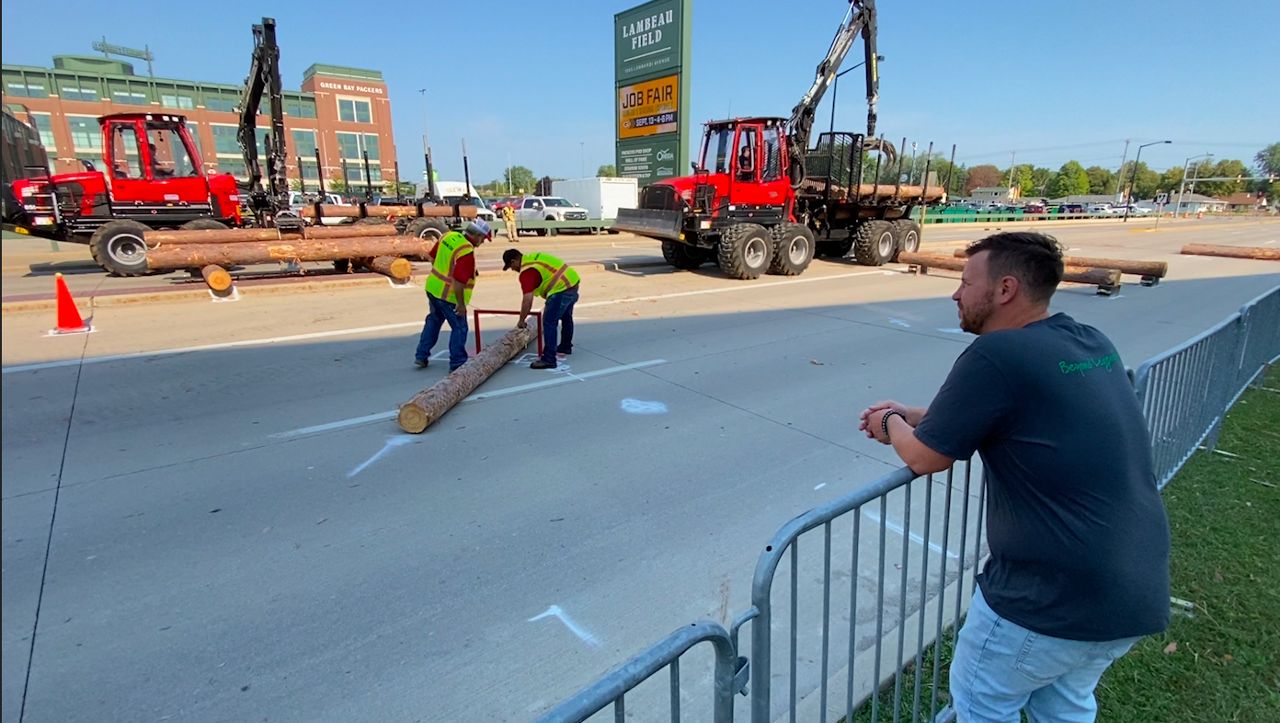 “We are not sitting on the sidelines waiting for things to come back,” Meisner said. “We’re actively taking steps with community members to make Green Bay an attractive place for a business to hold their convention or meetings.”

O’Dovero and other vendors meet with prospective customers through mid-day Saturday, when the expo wraps up.

“The people down here, a lot of them, are from the northern Wisconsin area, which is a new territory for us, as we opened a new store in Kingsford (Michigan),” O’Dovero said. “It’s been great to be right in front of the people and we’ll continue to do these shows as much as we can.”