JetBlue’s recent earnings call revealed changes to its planned London schedule from September, in light of the continuation of the US travel ban from the UK. Flights will begin as planned with a daily rotation between JFK and London Heathrow, but will scale back to four flights per week from September.

JetBlue is bending under the weight of the transatlantic travel ban. Photo: Vincenzo Pace | Simple Flying

Despite plenty of hope for a relaxation of restrictions on travel between the UK and the US, the States quashed that hope earlier this week when officials stated that the US is not ready to lift the long-running travel ban. The Delta variant, which accounts for 97% of all new cases in the UK, has caused concern across the pond, and is likely to see the ban maintained for the remainder of the summer.

For one airline, that’s not good news at all. JetBlue is set to inaugurate its highly anticipated flights to London on August 11th and had put these flights on sale in May in the hopes that the ban would be eased by then. With no sign of any easing in the near future, the airline has made some ‘adjustments’ to its plans.

“In August, we expect to launch our first transatlantic flight to London and we remain committed to our long-term strategy to bring our unique combination of low fares and great service to these routes. We are disappointed with the continued restrictions on travel between the U.S. and U.K. and urge regulators to safely reopen borders for travel.

“We are planning schedule adjustments for this fall to match the current demand environment and once a path to the border reopening is clear, we expect demand to bounce back quickly, just as it has in the rest of our network.” 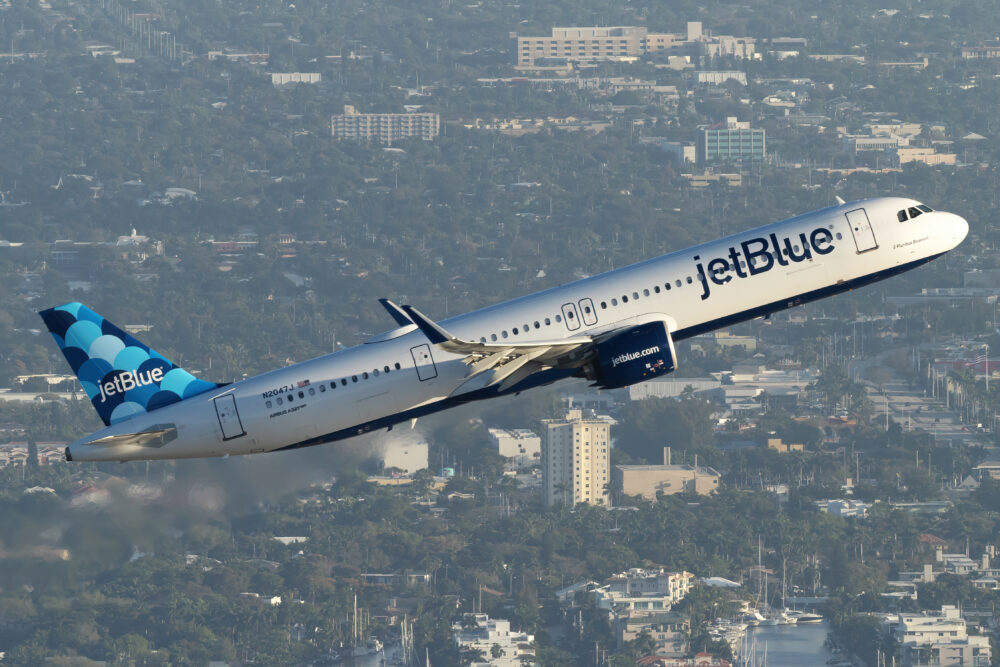 Restrictions are making it difficult, if not impossible, to travel between the UK and the US. Photo: Vincenzo Pace | Simple Flying

At present, the United States is not open for non-Americans who have been in the UK in the past 14 days. In the other direction, the UK is requiring a minimum of five days in quarantine for anyone coming from the US, and to achieve that five-day quarantine, multiple tests costing £80 ($111) or more at a time are required.

Cutting back in September

Not wanting to disappoint passengers already booked to fly or to disrupt its planned schedule so close to its launch, JetBlue states that it’s going to go ahead with its daily flights between New York JFK and London Heathrow in August. Although it still has to secure its ETOPS certification, Hayes states that this is on track with multiple proving flights under its belt already, and that the route will be flown as planned. He said,

“We are going to fly. We do expect to successfully complete our ETOPS certification. We will continue with our first flight in August, on August 11. We will fly our schedule every day, per plan initially.” 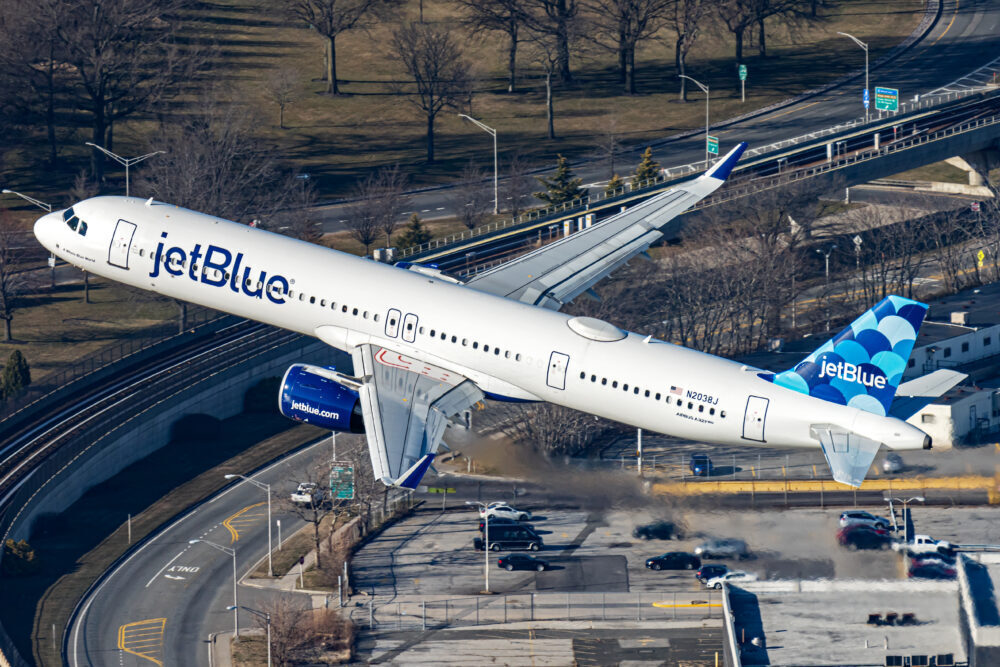 Come September, the airline plans to pull back slightly from this route, and is eyeing operating just four flights per week for the month. Hayes noted that September can be a tricky month for the airline, with summer holidays winding down and kids back in school. He said that frequencies would be reviewed beyond that, commenting,

“The plan is, we’re looking at … September to bring down some of the flying and then we’ll continue to review on a month-by-month basis.”

It’s likely JetBlue had some solid bookings for August, as passengers keen to try out the new Mint product and experience its first flights across the Atlantic will have been eager to book. But with quarantine at one end of the route and an outright ban at the other, these flights are looking to have limited appeal in the current climate.

Hayes noted how frustrating it is that the corridor hasn’t been opened yet. As IATA director general Willie Walsh said recently, the data all points to it being safe to open up, but the US is proceeding with caution. Outbreaks of the Delta variant combined with low vaccination rates in some states is likely feeding into that cautious approach, but Hayes supports Walsh’s stance, noting,

“We’ve all been very frustrated that the corridor hasn’t opened. There’s no reason for not opening, it’s not data-driven because there’s many other countries where there are lower vaccination rates that are open.” 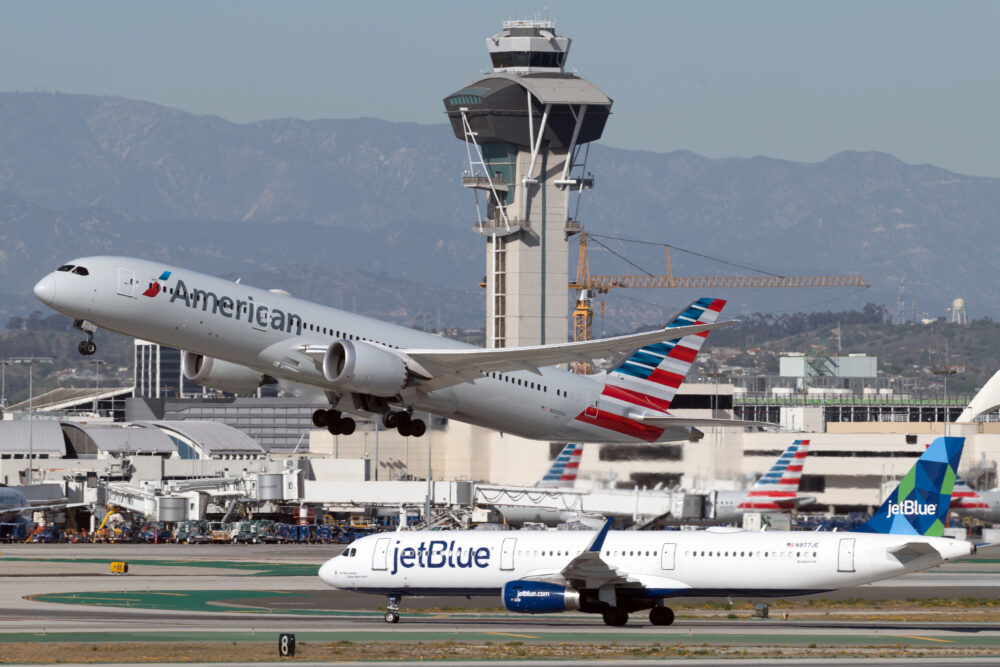 There is hope for the UK opening to double jabbed travelers, but it’s not certain. Photo: Vincenzo Pace | Simple Flying

There is a faint glimmer of hope on the horizon, however. Word on the street in the UK is that the government could be preparing to open up for fully vaccinated travelers without quarantine. That would make one-way flights to the UK much easier, although it would require reciprocal measures to be put in place for the route to be completely viable.

However, as Hayes noted, these rumors do not always play out, commenting,

“There was news today that the U.K. will open for U.S. vaccinated travelers. I don’t know if that’s going to happen or not. We’ve been here so many times with potential good news that have been dashed. But we’ll continue to stay flexible and match the capacity to the demand.”