P&O Cruises has been contacting booked guests to inform them of the cancelation of the inaugural sailing of the new Arvia, originally scheduled to debut from Southampton on December 9, 2022. Only the first sailing is cancelled, however, and the ship will still sail on its planned December 23 departure.

Arvia, the first new ship for P&O Cruises since Iona debuted in 2020, will be slightly delayed with her inaugural sailing cancelled.

“For reasons beyond our control, we have taken the decision to cancel Arvia’s first cruise which was scheduled to depart Southampton on 9 December,” P&O Cruises said in a statement provided to Cruise Hive.

“We have made this decision as we will not compromise on the high standards of build, interior design, and service for which P&O Cruises is known.”

While further details behind the cancellation are not provided, it is likely that supply chain delays have impacted the vessel’s finishing details. Rather than set sail with parts of the ship not yet ready for guests, the cruise line has opted to cancel that first cruise in order to focus on finishing the ship appropriately.

It is also possible that staffing problems at shipyards have impacted construction schedules for new ships, particularly with many areas still having quarantine protocols and health and safety restrictions remaining in place.

Two small fires occurred aboard Arvia in July, but are not believed to have impacted the ship’s construction and are not the cause for the inaugural delay.

Guests booked on the now-canceled inaugural sailing are being provided a full refund, as well as an additional 10% future cruise credit (FCC) to use on a future booking with P&O Cruises.

The cruise line is also offering a unique opportunity for impacted guests.

“They will also be invited to a ship tour and lunch onboard Arvia ahead of her first sailing, so they can still be among the first guests to experience our newest ship,” the statement read.

It is unclear how many guests may be able to take advantage of that opportunity, however, as it is unlikely that guests who may have planned to travel significantly to reach Southampton for the inaugural cruise would be able to adjust travel plans simply to enjoy a ship tour and lunch rather than a full cruise. 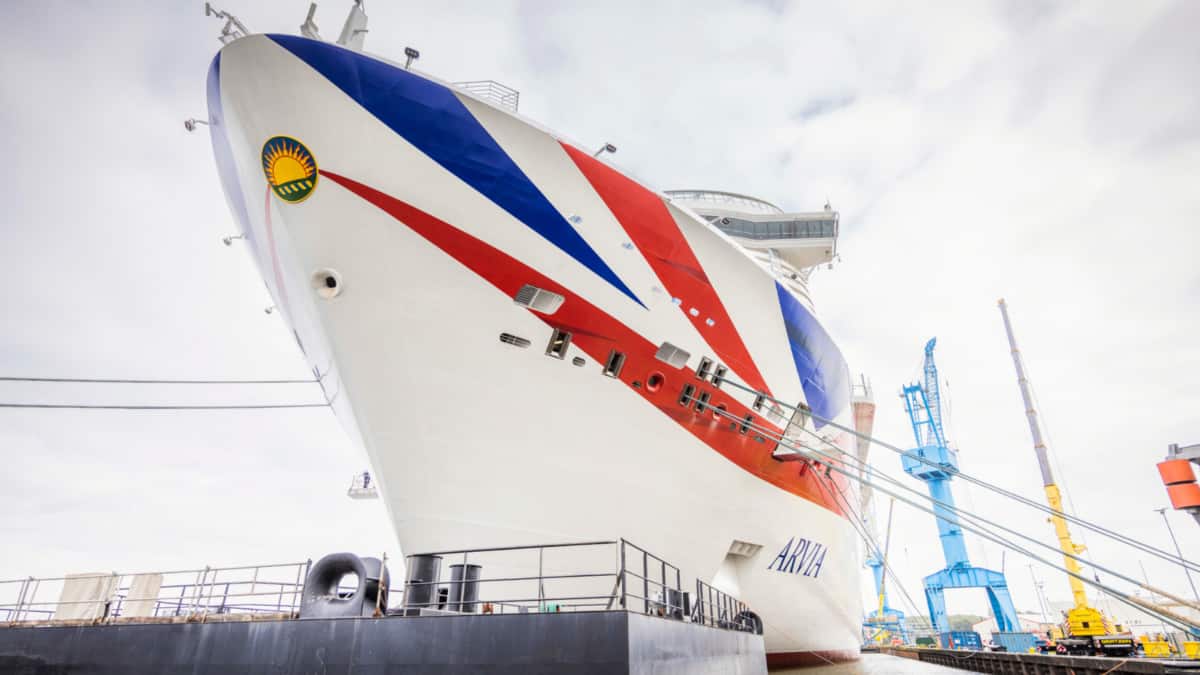 The new inaugural sailing of the 184,700-gross-ton vessel will now be the December 23, 2022 departure from Southampton, a 14-night roundtrip itinerary visiting the Canary Islands, Spain, and Portugal.

After that one sailing, Arvia will depart Southampton on her first transatlantic crossing on January 6 to reposition to the Caribbean, where she will offer a range of itinerary options from Bridgetown, Barbados and St. Johns, Antigua through the winter before returning to Southampton in March 2023.

Delays due to shipyard staffing and supply chain issues have been common problems with new cruise ships in the past two years, with several vessels for different cruise lines experiencing similar delays.

Similarly, Norwegian Cruise Line’s new Norwegian Prima also had its inaugural sailing pushed back. That ship was finally delivered to the cruise line in late July 2022, and completed her first sailing from a U.S. homeport earlier this month. 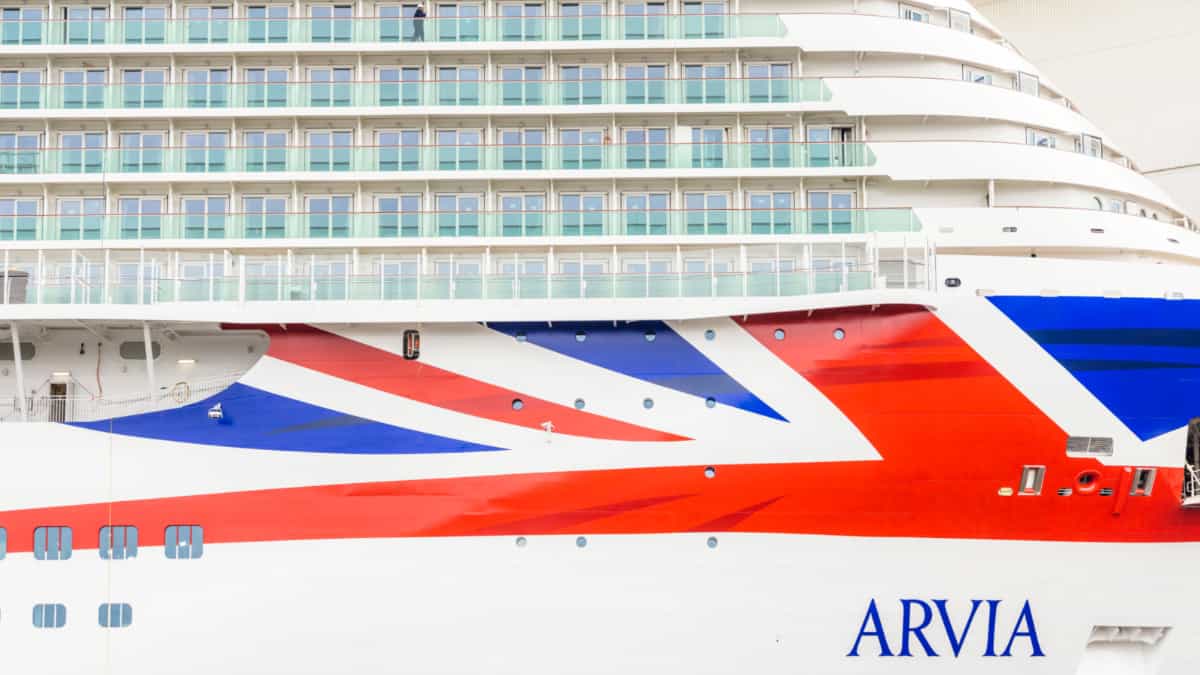