The United States has not only failed to contain the coronavirus but also “exported the virus outside its borders, making it a veritable ‘proliferator,'” said a report jointly released by three Chinese think tanks this week.

Titled “‘America Ranked First’?! The Truth about America’s Fight against COVID-19,” the report indicated the United States was the world’s No. 1 pandemic spreader based on its lax policies for disease control, travel restrictions and inhuman deportation of immigrants amid the pandemic.

The report analyzed the U.S. travel data since April 2020 and found the timing of the coronavirus infection peak in the U.S. coincided with its outbound travel rush in December 2020.

It suggests the lax travel restrictions exacerbated the global control of the coronavirus pandemic at the height of the crisis. Indeed, many countries have struggled to deal with imported cases when locally-acquired cases have been under control.

In March last year, Australia claimed around 80 percent of their coronavirus cases came from those who caught the disease overseas or were in contact with someone who returned from abroad.

“The overwhelming proportion of cases in Australia have been imported,” Australia Prime Minister Scott Morrison told a news conference. While in an interview with Sydney-based radio station 2GB on the same day, he gave further details by claiming that the U.S. is the country of origin for most of the coronavirus cases in Australia. 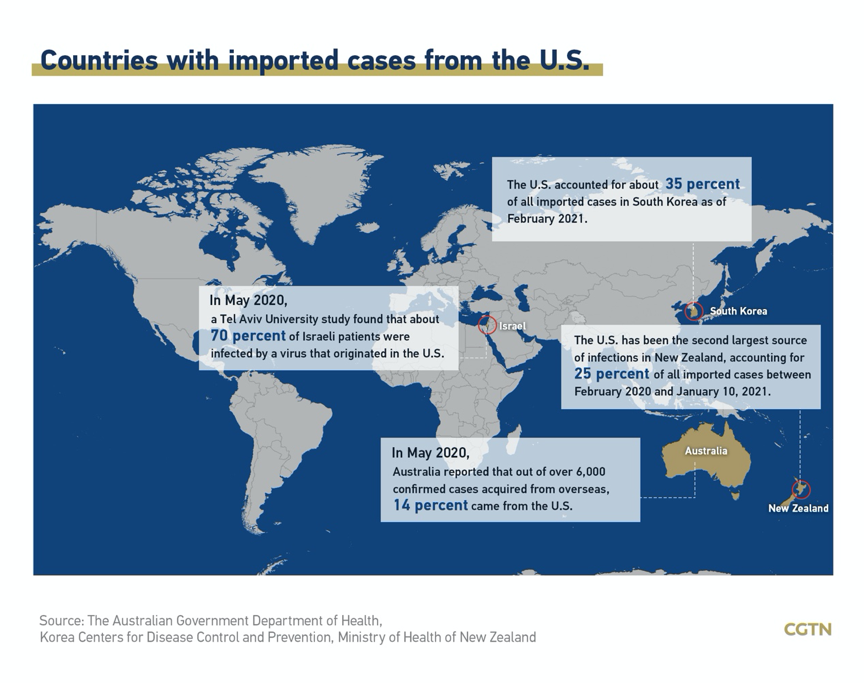 In a study published by Israel’s Tel Aviv University in May 2020, researchers found more than 70 percent of Israeli patients were infected by a virus that originated in America, meaning the original carriers caught it in the United States and then brought it to Israel.

If American travelers had been barred just as fast, the researchers concluded, “a substantial fraction of the transmission chains in Israel would have been prevented.”

What’s more, the report also pointed out that the U.S. deportation of undocumented immigrants worsened the coronavirus situation in countries with poor capabilities and weak healthcare systems, making it more difficult for them to handle the volume of domestic and imported cases.

According to an investigation by The New York Times and the Marshall Project last July, the governments of 11 countries have confirmed that deportees returned home from the U.S. with COVID-19.

They estimated there could be many more infected considering that U.S. Immigration and Customs Enforcement has deported almost 40,000 immigrants from 138 countries since March 2020 with barely zero protective measures. 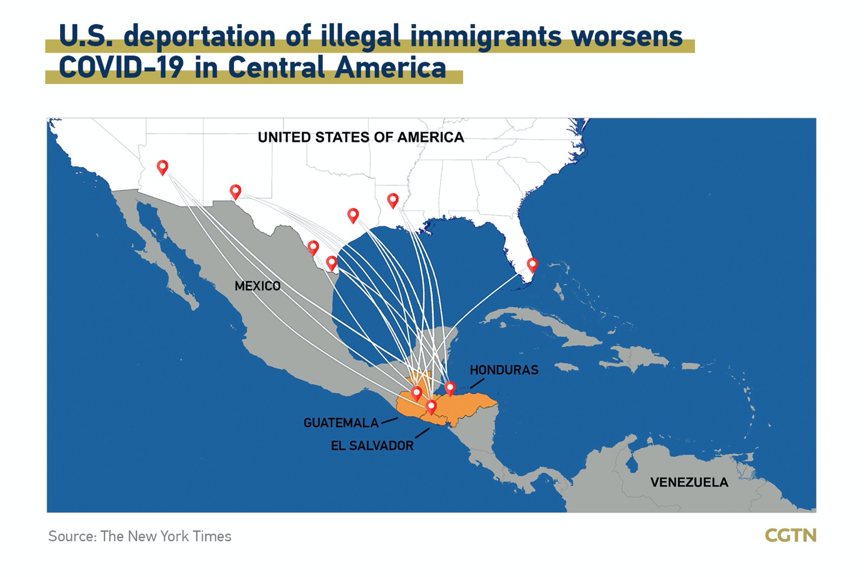 Among these affected regions, countries in Central America were the hardest-hit places. El Salvador and Honduras have accepted more than 6,000 deportees since March 2020. The Guatemalan government said hundreds of deportees have tested positive for the virus.

“We understand that the United States wants to deport people, but what we do not understand is why they send us flights full of infection,” Guatemalan President Alejandro Giammattei said in an online talk hosted by the Atlantic Council’s Adrienne Arsht Latin America Center on May 21, 2020.

“We’ve had serious problems with deported people,” he said. “We haven’t been treated by the United States in a way that I’d say is kind, in relation to the deportees.”