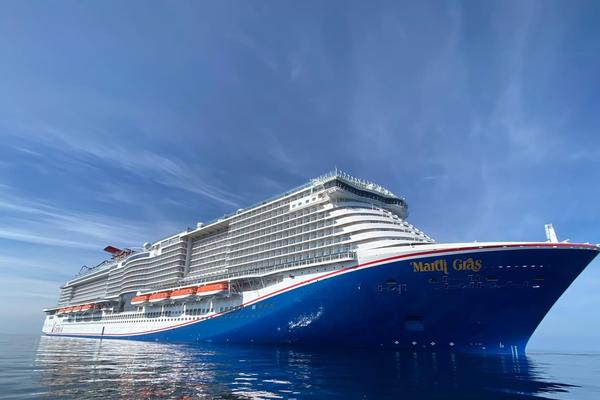 In conjunction with Earth Day, Carnival Cruise Line is highlighting the environmental benefits of liquefied natural gas (LNG), a new fuel to be used on two new ships – Mardi Gras, set to debut later this year from Port Canaveral, and Carnival Celebration, scheduled to enter service from PortMiami in 2022.

Working with the Meyer Turku shipyard in Finland, the fuel company Shell, the ports and a host of other parties, Carnival is the first cruise line to bring LNG to North America on the two 180,000-gross-ton Excel-class ships. They are among nine Excel-class ships from Carnival Corporation to employ this eco-friendly fuel, touted as one of the cleanest in the world that will significantly reduce emissions with cleaner exhaust.

Carnival released a video titled “LNG Powers the Fun” that explains how LNG works and details the new technologies and processes, both on board and on shore, necessary for LNG propulsion.

New terminal facilities were built at Port Canaveral and are under construction at PortMiami. Shell has chartered the state-of-the-art QLNG 4000 fuel barge to facilitate bunkering Mardi Gras while Port Canaveral has acquired a purpose-built fireboat to support the LNG provider’s tug.