The first luxury yacht cruise ship of The Ritz-Carlton Yacht Collection, the Evrima, embarked on her maiden voyage on October 15, three and a half years behind schedule. The latest entrant into the ultra-luxury segment of the cruise industry was first announced in June 2017 but experienced problems at the shipyard and later COVID-19-related delays and supply chain problems. The new cruise line rescheduled her launch eight times between the originally planned February 2020 and October 2022.

The new entrant into the market was formed in a collaboration between maritime industry executive Douglas Prothero with investment from Oaktree Capital Management and an agreement with Marriott International’s Luxury Brands for the licensing of the Ritz-Carlton brand. The collaboration represents the first entry by the luxury hotel brand into the cruise industry and will be followed by other brands including Four Seasons over the next few years.

The concept for The Ritz-Carlton Yacht Collection was to bring the luxury service and style the brand is known for to cruising. They announced plans for three 624-foot yachts each which would be 24,500 gross tons and able to accommodate just 298 passengers with a crew number 246. According to the company, the yacht cruise ship features one of the highest staff and space ratios at sea.  The cruise ship is registered in Malta. 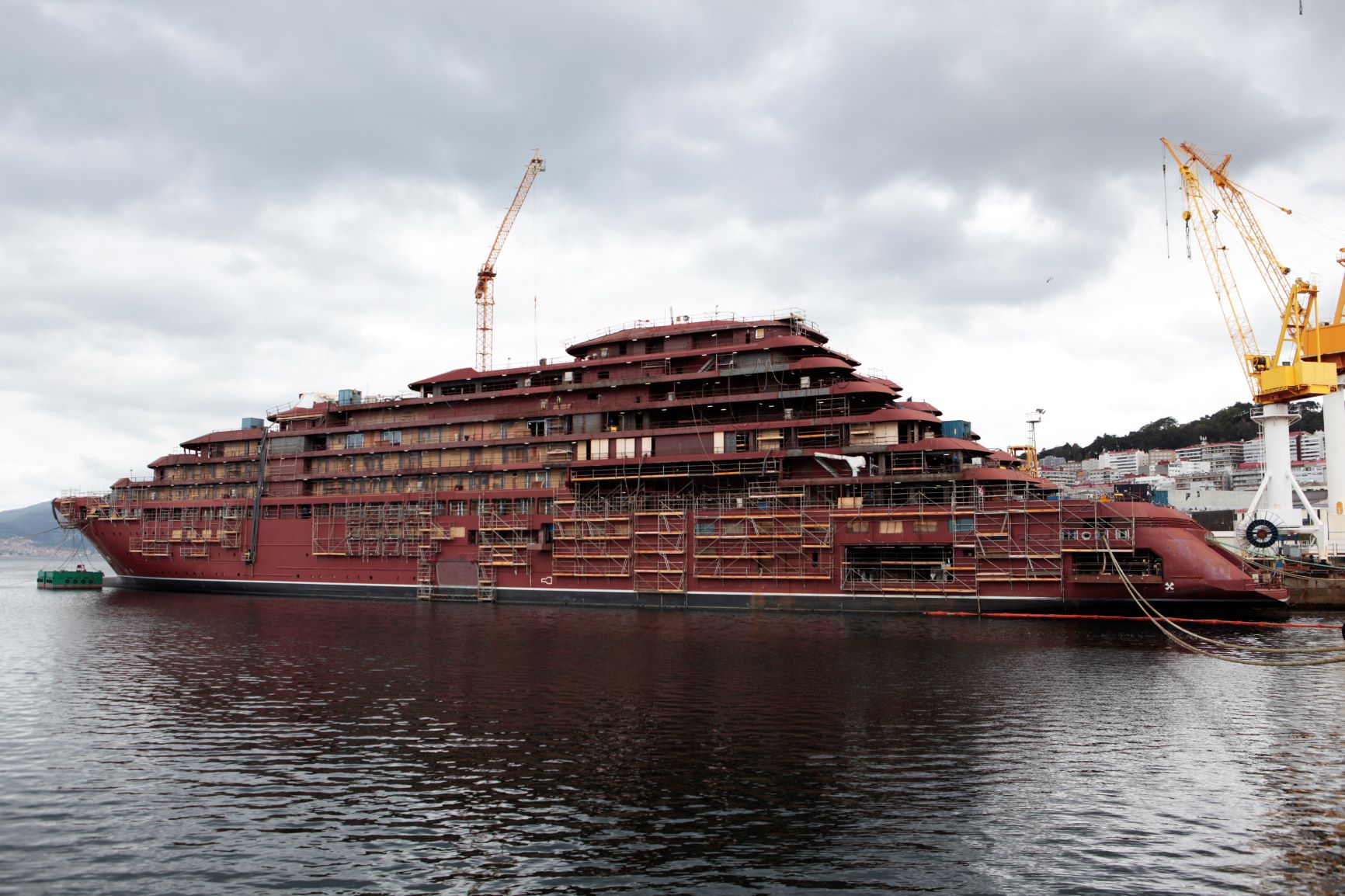 Construction on the first yacht, which was originally to be named Azora, began with the keel laying at the Hijos De J. Barreras Shipyard in Vigo, Spain in January 2018. Ten months later in October 2018, the vessel was launched. As the company worked to perfect its product, it was also confronted with delays at the shipyard, and in March 2021 they moved the yacht, which had been renamed Evrima, to the Astander Shipyard also in Span for completion.

This week’s maiden voyage is a seven-night cruise from Barcelona to Nice. Plans call for the Evrima to operate cruises mostly ranging from seven to 10-nights with the company boasting that no two cruises will be alike. The Evrima is scheduled to sail in the Mediterranean, the Caribbean, Central America, and South America and keeping with the yacht-style ports will include Spain’s Balearic Islands, the French Riviera, the tropical coastlines of Costa Rica with destinations including Mykonos, Saint-Tropez, Aruba, and St. Barts. The yachts of The Ritz-Carlton Yacht Collection are also available for private charter. 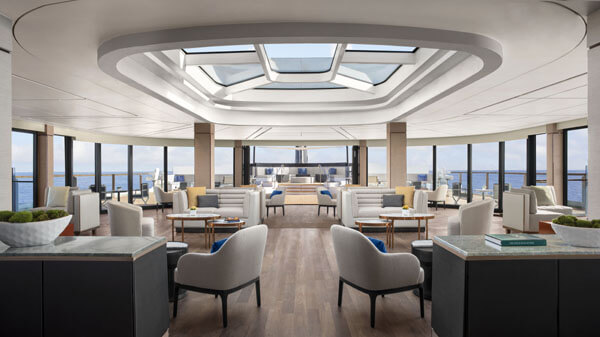 The first yacht features amenities including a main lounge known as the living room, an observation lounge, and a marina for watercraft and sports in port. Passengers will have dining options including the main dining room, sushi, a specialty restaurant, and even a wine tasting room. Other amenities include a spa, sauna, fitness studio, and an infinity pool.

Accommodations are in 149 suites, each with a private balcony and ranging between 300 and 1,091 square feet. The Evrima features 12 two-story loft suites.

Unlike many of the luxury cruise lines which do not accept children, Ritz-Carlton will feature the Ritz Kids programming, tailored for young guests between the ages of four and twelve. There is a dedicated room for the children’s activities.

The company announced in the spring of 2022 that it had decided to build its next two yachts at Chantiers de l’Atlantique in France. The next vessels, to be named Ilma and Luminara, will be larger with 228 suites. They are scheduled to enter service in 2024 and 2025.